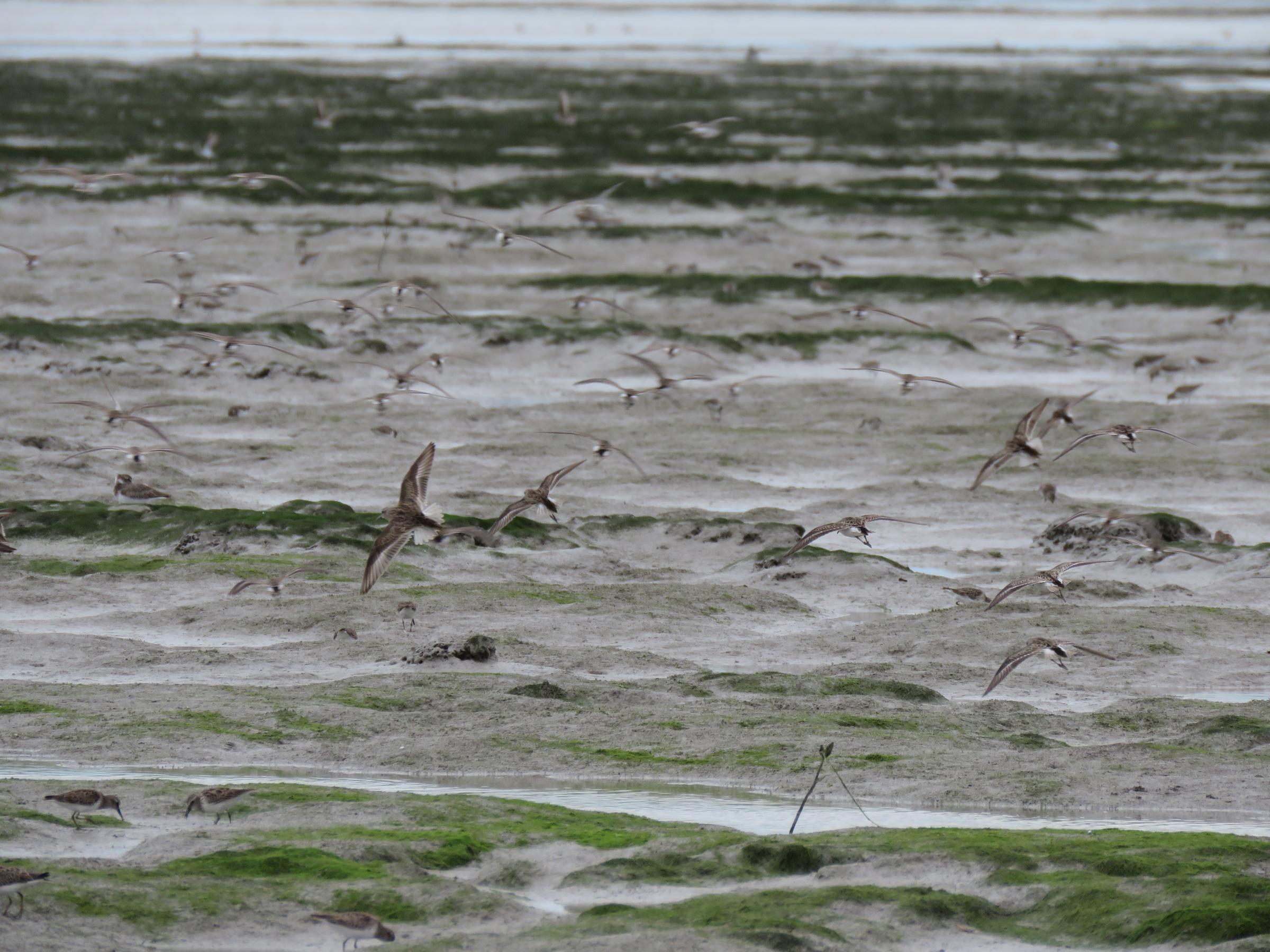 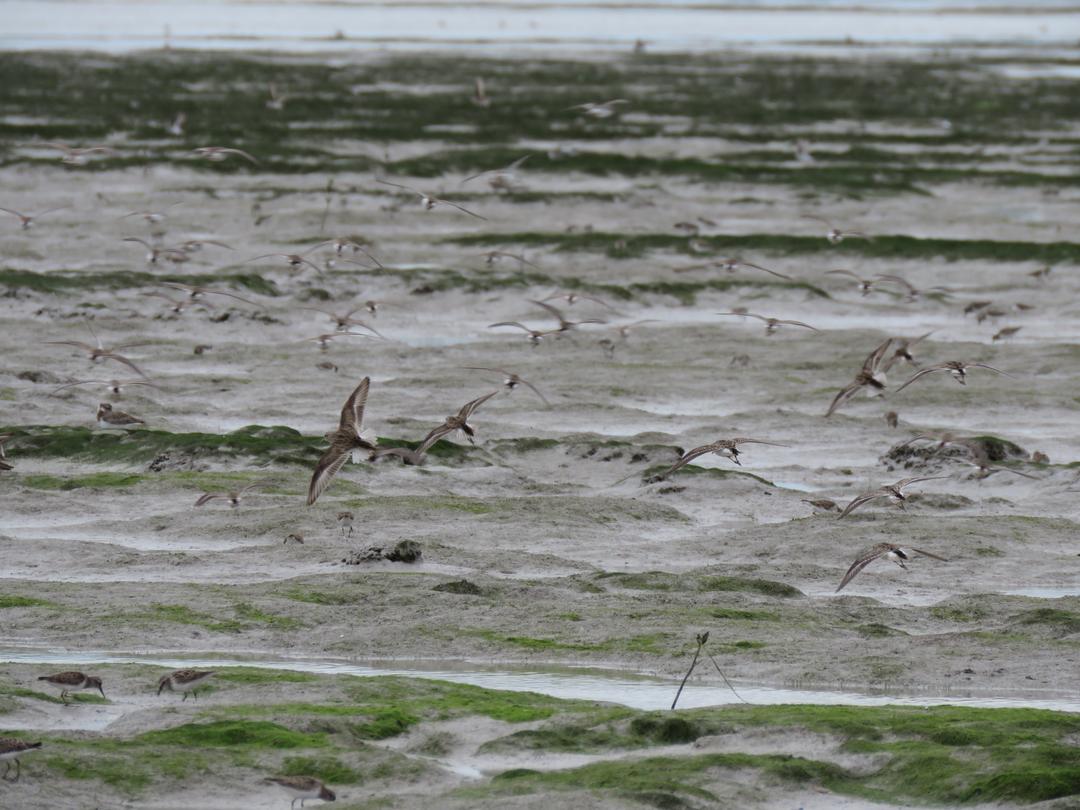 Launching their vessel from Flamingo, a team of four coastal bird biologists with Audubon Florida set out on a windy January day to survey wintering shorebirds in Florida Bay. Their first destination: Snake Bight. With a name like “snakebite,” the bay doesn’t sound particularly inviting. Its shallow waters are lined with wooden poles to keep boaters from running aground, but the sprawling mudflats of Snake Bight roll out the red carpet for shorebirds.

The team didn’t need to look far to find birds. In Snake Bight, alone, they recorded a whopping 11,000 Dunlin, along with 4,600 Western Sandpipers, and a handful of other species. Because it is so shallow, the bay provides a perfect resting and foraging place for these winter residents, far away from humans.

Dunlin breed along Hudson Bay and the Alaskan coast and spend winters along the Eastern Seaboard and Gulf coasts. Because Dunlin eat clams, worms, and other benthic invertebrates, they are closely tied to coastal and intertidal areas throughout the year.

Heading a few miles up the coast, the team ventured into Ingraham Lake, an impoundment area. Here, they saw around 4,500 Least Sandpipers and a variety of other species including Whimbrel, Wilson’s Plover, and even a crocodile.

Over the course of seven hours, the four-person team counted a total of 22,000 birds!

This January was the second time Audubon Florida’s coastal team has conducted this survey in Florida Bay, and they intend to make it a regular event. With 850 square miles, Florida Bay is large and partners including FWC and the National Park Service have worked together to survey these areas over the years. With enough data on the importance of these emergent mudflats, Florida Bay could qualify to become the first Florida site designated in the Western Hemisphere Shorebird Reserve Network.