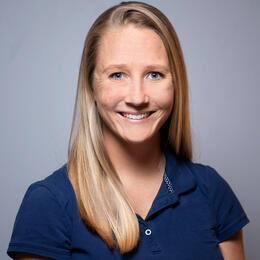 In September 2021, the Miami-Dade County Commission voted to move forward with an application to convert nearly 800 acres of South Dade farmland to an industrial park referred to as the South Dade Logistics and Technology District. Audubon Florida, in partnership with National Parks Conservation Association and Florida Bay Forever, has launched a new advocacy effort in response to the Technology District proposal.

In October 2021, this coalition catalyzed the adoption of resolutions in opposition to the project from the Monroe County Board of County Commissioners, the Village of Islamorada Council, and the Florida Keys National Marine Sanctuary Advisory Council. All resolutions were adopted unanimously and will be transmitted to the Miami-Dade County Commission and the state agencies involved in reviewing the Technology District’s application.

This new Technology District proposal for South Dade could present a number of issues for the ecology of the region. Namely, the project would be built immediately within the footprint of one of the most consequential Everglades restoration projects in the region – the Biscayne Bay Southeastern Ecosystem Restoration project (BBSEER).

Located within Miami-Dade County, the goal of BBSEER is to facilitate and restore freshwater flow to Biscayne Bay, Florida Bay, Card Sound, Barnes Sound, and Manatee Bay. These estuarine areas have long been impacted by inadequate freshwater flows which have contributed to hypersaline conditions in the water. Hypersalinity can cause seagrass die-offs, can cause fisheries to collapse, and can limit the foraging ability of Everglades wading birds like the Roseate Spoonbill.

“This project could foreclose future opportunities for Everglades restoration in an area that desperately needs those ecological benefits,” said Audubon Florida Director of Everglades Policy Kelly Cox. “We must ensure that sending water south remains not only a priority, but a viable prospect in the face of urban sprawl.”