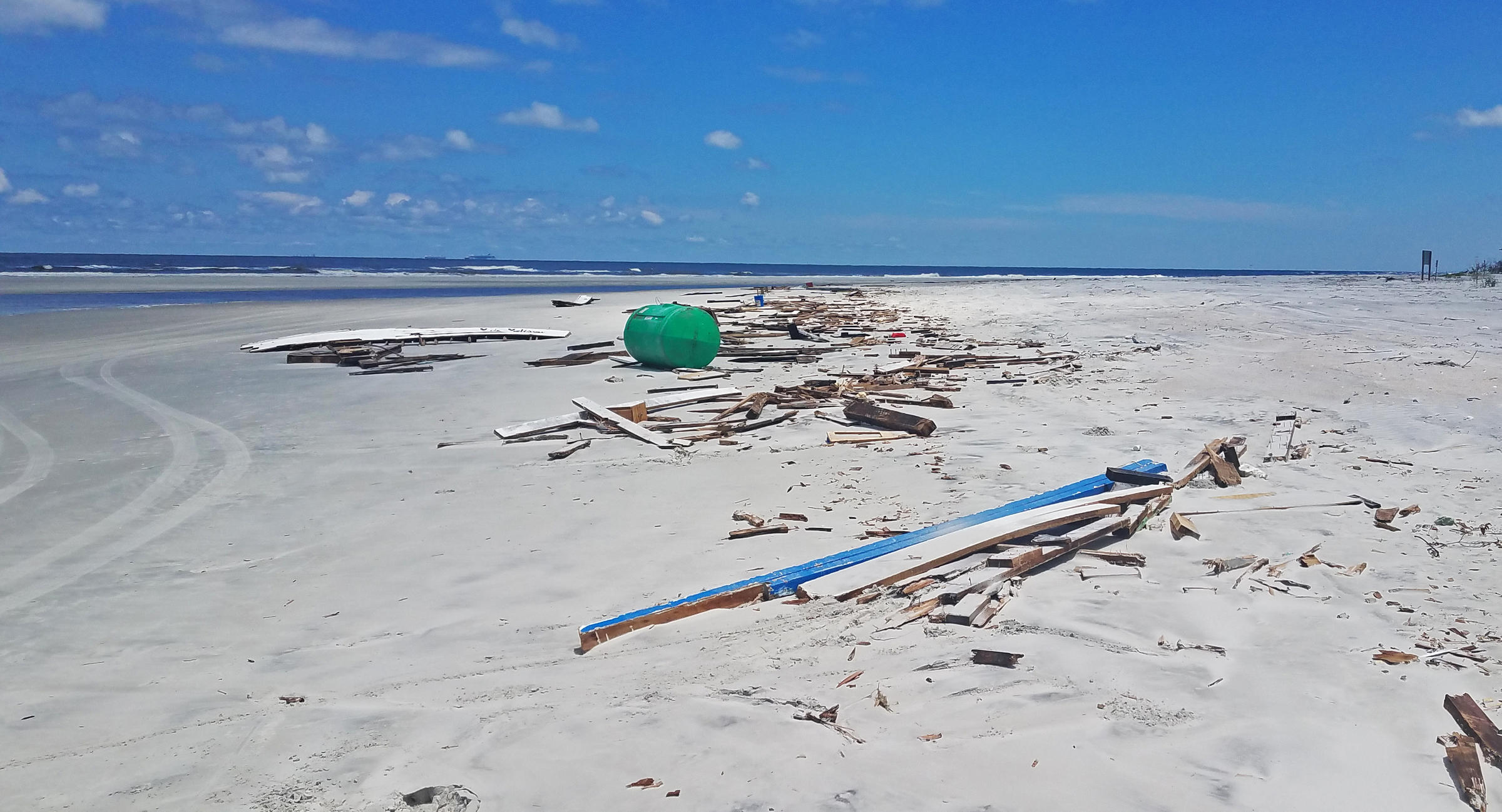 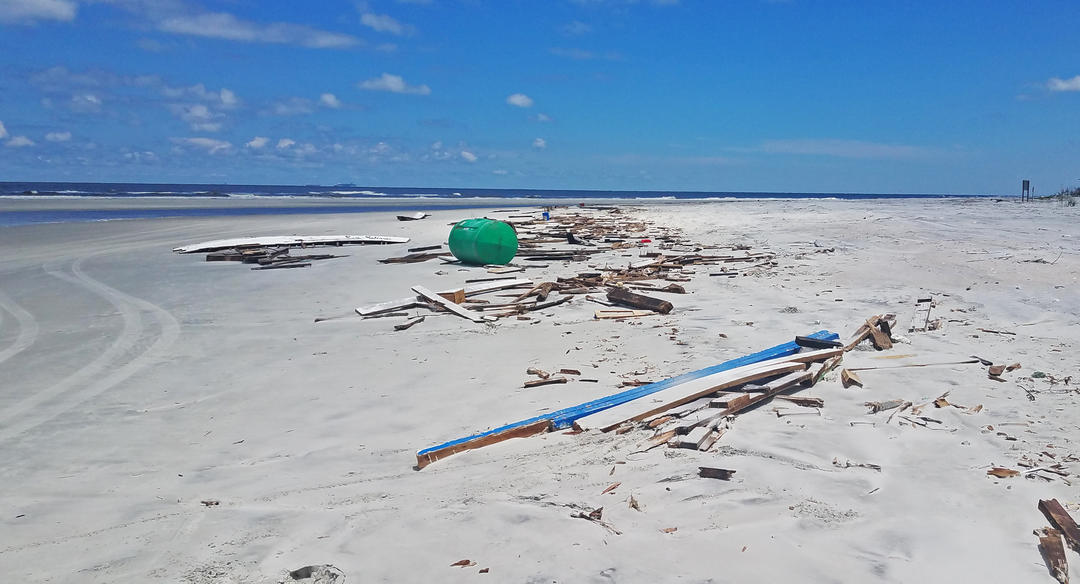 A shrimp boat beached on the northern point of Little Talbot Island State Park in the early hours of Saturday, June 13, just offshore from a Critical Wildlife Area (CWA).

Over the weekend the boat started to spill trash and debris, and finally the ship broke apart and washed to the shore. The boat was made almost entirely of wood, and resulted in numerous pieces of debris scattered across the beach. In addition to being a hazard for visitors to the beach, sea and shorebirds could mistake small trash pieces for food or become entangled.

Over the next few days staff from Audubon Florida, the Florida Fish and Wildlife Conservation Commission (FWC), and Florida State Parks (FSP), as well as State Park volunteers, worked together to clean up the beach. After many trips loading and unloading the debris of wood, nails, and various ship parts, the beach was looking almost new again on Wednesday afternoon. The State Parks were able to call in help to get the larger sections of boat removed from the beach as well.

A large portion of the boat remains offshore. FSP, FWC, and Audubon staff will continue monitoring the sunken ship to ensure it does not jeopardize people or wildlife at the park. With the beach returned to a safe condition, the coastal team can once again focus on management and monitoring of the shorebirds nesting. There are five nesting species on Little Talbot for the second straight year, and staff hope for a safe – and uneventful – remainder of the 2020 season.