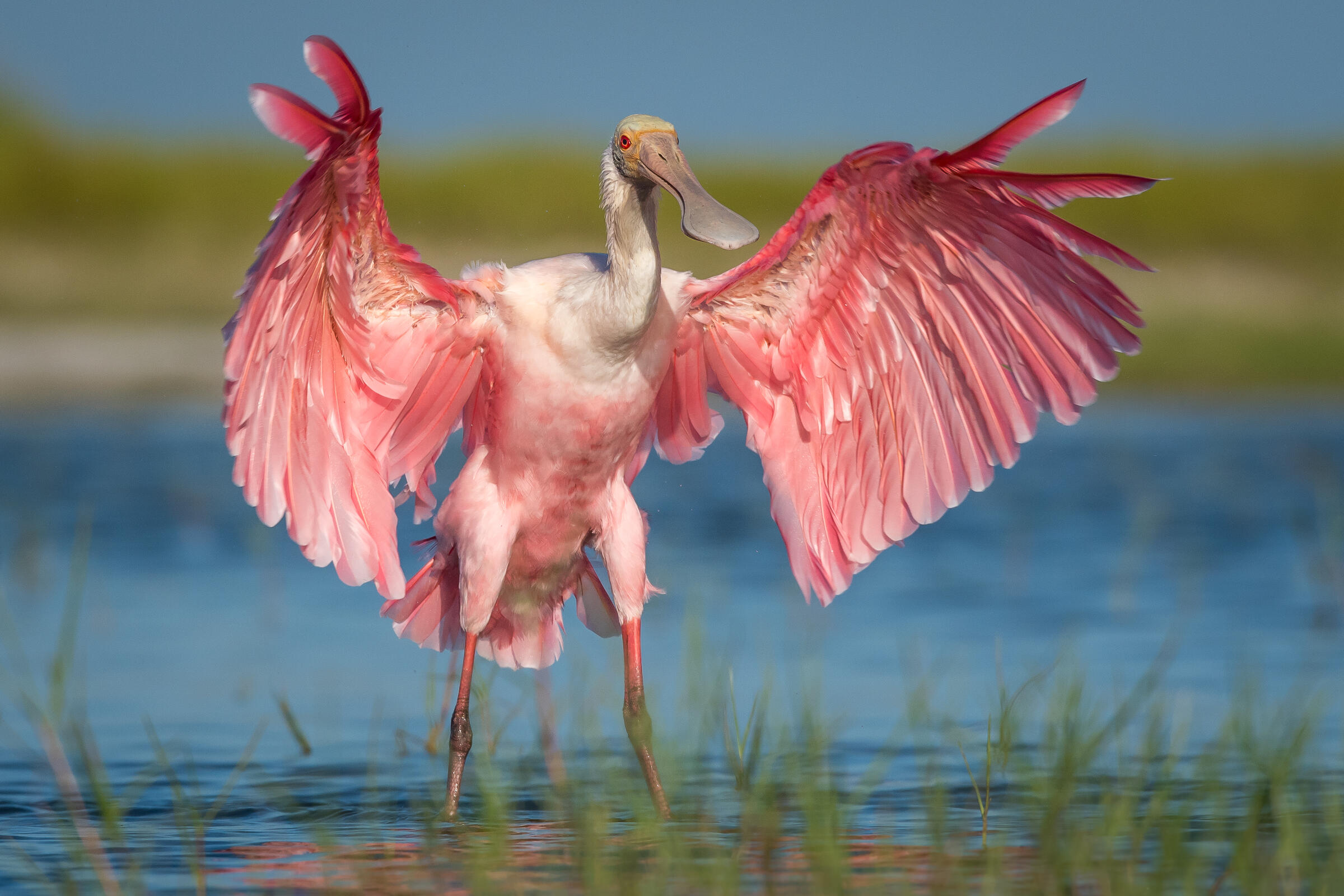 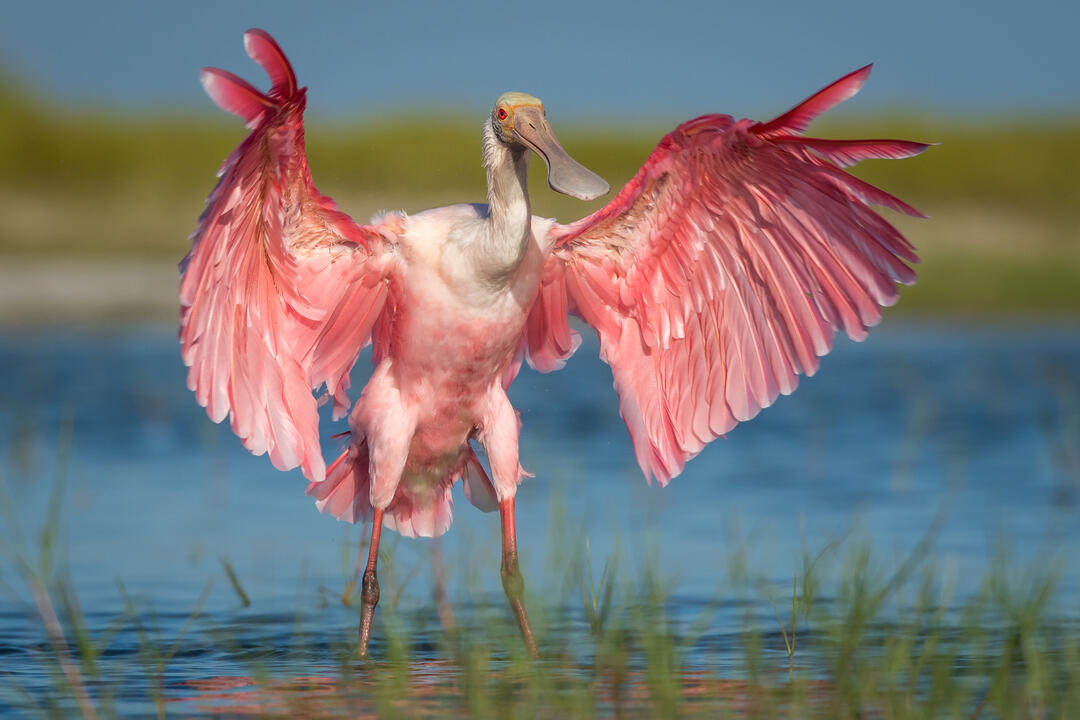 At the turn of the 20th century, the unique pink plumage of the Roseate Spoonbills nearly vanished from Florida’s landscape. Decimated by hunters, the wading species rebounded only after protections kept their colonies safe. Now, Audubon Florida science showcases how far the spoonbill populations have come, and how far they still need to go.

The decline and resurgence of Roseate Spoonbills parallels the conservation movement in Florida. These bright pink birds with long legs and an unusually-shaped bill have long mesmerized those who encounter them, and their beautiful plumes were especially sought-after during a time when women’s fashion included hats adorned with feathers and even entire birds. Back then, an ounce of feathers was allegedly worth more than an ounce of gold; a trend that continued for decades until the birds were decimated and their feathers fell out of fashion. Today, Audubon Florida continues to be a premier scientific resource when it comes to Roseate Spoonbills.

Audubon's Everglades Science Center (ESC) was established in the Florida Keys in 1939 and staff began Audubon’s 75-plus year history of investigating the spoonbill and its environment.

Roseate Spoonbills gradually recovered and began establishing new nesting colonies in South Florida, in the Tampa Bay area, and along central Florida’s Atlantic coast. Now, according to new research by Dr. Jerry Lorenz, the current ESC director, spoonbill nests are shifting to escape habitat destruction in the Keys, as well as poorly timed water releases in the Everglades. In 2009, the "pinks" became a one of 13 indicator species recognized by the South Florida Ecosystem Restoration Task Force within the Everglades Restoration Plan.

While an exact population number for Roseate Spoonbills in Florida is not known, Audubon Florida has officially recorded 1,184 pairs, or at least 2,368 breeding birds in Florida, but Lorenz estimates the actual number could be doubled. We caught up with Dr. Lorenz to find out more about his Roseate Spoonbill studies.

Q: How are you studying Roseate Spoonbills?
Lorenz: We have been conducting weekly surveys of their colonies in Florida Bay during nesting season to get nesting and general population data. Two of the colonies have been monitored for 30 years with varying degrees of nesting success. In 2003, we began applying leg bands to chicks in nests in Florida Bay and Tampa Bay at the Richard T. Paul Alafia Bank Bird Sanctuary. In 2013, we also began banding birds that were hatching from nests at St. Augustine Alligator Farm. In total, we have banded about 3,000 chicks.

Q: Where do they primarily nest?
Lorenz: Spoonbills have used 61 keys in Florida Bay and three mainland colony sites adjacent to Florida Bay for nesting, but solid numbers are also reported from Water Conservation Areas in the Everglades and Everglades National Park. This year, there were even reports from two Southwest Florida locations for the first time, with three nests in Charlotte Harbor and one at Estero Bay Aquatic Preserve.

Q: How many birds have been reported since banding began?
Lorenz: To date, we have received about 1,600 reported resightings. There are many duplicate sightings, so this doesn’t mean 1,600 separate birds were reported. Most of the sightings were in Hillsborough County of banded birds fledging from the nearby Alafia banks colony.

Q: When was the most recent reported sighting?
Lorenz: The most recent resighting of a banded Roseate Spoonbill came to us from Sarasota in July 2019. This chick was banded at Alafia Bank in Tampa Bay on May 17, 2008. We have received five positive resightings of this same bird since 2014, all in Sarasota: at the Celery Fields, near the Fruitville Library three times, and off Coburn Street. All of those sightings were based on the bird’s red M6 band.

One of Audubon Florida’s greatest contributions to conserving the Everglades is the research and monitoring that provides information about the health of the ecosystem. These data and analyses are used to guide decision-makers in restoration and water management decisions to improve this important habitat for Floridians and Florida’s wildlife. Audubon protects birds and the places they need, today and tomorrow.