A Bald Eagle - banded in 2017 as part of an Audubon Center for Birds of Prey long-term research initiative – was recently spotted in Palm Harbor, Florida.

As a young eaglet, this banded bird, known as K05, fell from its nest in south Orlando in April 2017. After an exam at the Center for Birds of Prey Raptor Trauma Clinic, staff noted that the bird was thin, dehydrated, and not yet ready to fly. Under the expert care of our team, the eagle recovered, flying well enough for a release by Center Director Katie Warner back near her nest. She was outfitted with two leg bands before her release, including green band K05.

As part of a long-term cooperative study ​started in 2017 through the Audubon Center for Birds of Prey, all rescued Bald Eagle fledglings treated by its Raptor Trauma Clinic receive a colored auxiliary leg band before release. Each eagle that is rescued and released gets a second chance at life and the opportunity to contribute to the future of the wild population. Plus, the information collected when the birds are resighted will help in future management and protections for Bald Eagles in Florida.

Fast forward two years and EagleWatch volunteer Nancy Bloch resighted K05 in February 2019 on Lake Tarpon. This Bald Eagle was on the move! EagleWatch volunteer Ronald Kotinsky photographed her at the Circle B Bar Reserve in Lakeland in November of the same year, then again in January of 2021.

On September 1, 2022, Randy Kessler noticed a banded Bald Eagle at John Chestnut Sr. Park in Palm Harbor, and his photographs confirmed we had another resighting of K05!

“Frequent resightings like this would not be possible without the dedication and eagle eyes (pun intended) of our dedicated EagleWatch volunteers. Each time a banded Bald Eagle is spotted we gain critical information on eagle movement, behavior, and more,” says Shawnlei Breeding, EagleWatch Program Manager.

Have you spotted a banded Bald Eagle? Make note of the band color, alphanumeric code if visible, and which leg the band is on, and report this important information to USGS Bird Banding at reportband.gov. This data helps researchers track longevity, migratory habits, habitat usage, and other vital population parameters. 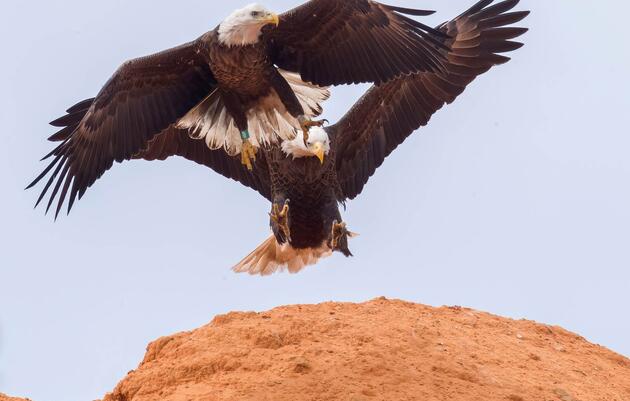 Audubon Center For Birds Of Prey

As part of a long-term cooperative study through the Audubon Center for Birds of Prey, all rescued Bald Eagle fledglings treated by its Raptor Trauma Clinic receive a colored auxiliary leg band before release. 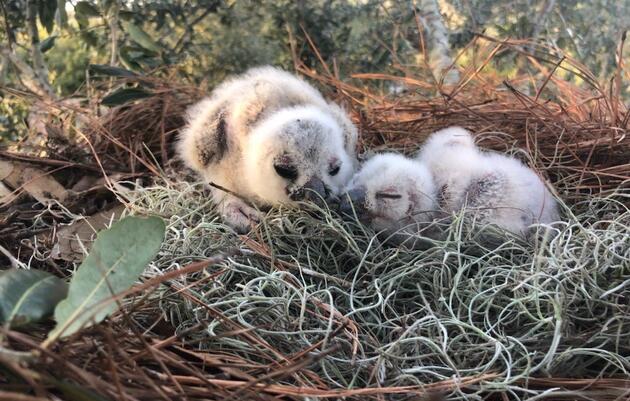 Audubon Center for Birds of Prey Admits 784 Raptors in 2021

The CBOP team released 223 raptors back into the wild. 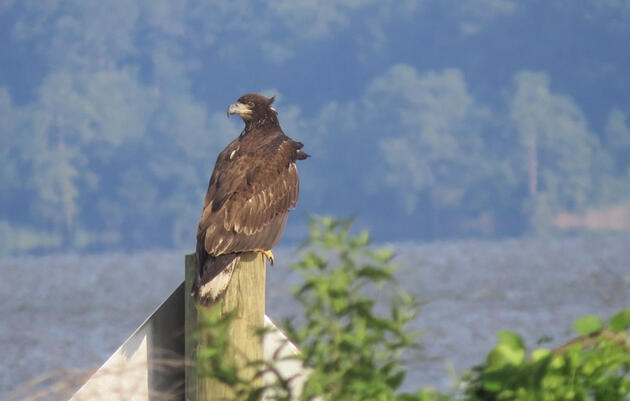