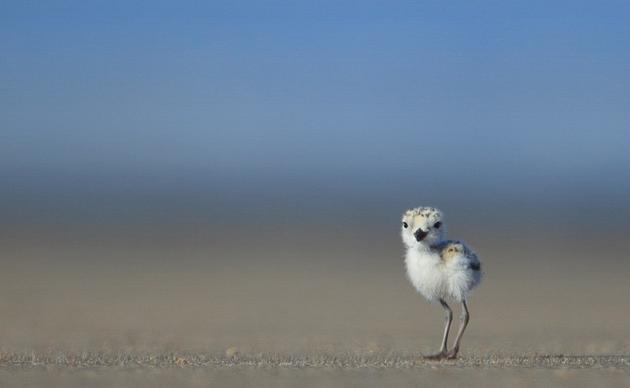 Thanks to advance preparation and diligent monitoring by the coastal team and volunteers, most birds using the colonies and nesting sites survived the holiday weekend.

Though fireworks went off near the colonies in Destin, Navarre, and Pensacola, the team kept the colonies safe. A UTV did drive through the colony in Pensacola, and staff contacted the Florida Fish and Wildlife Conservation Commission. In the future, a split rail fence will prevent driving access to that area. In additional good news, one of the Least Tern colonies in the region has increased in numbers, probably a result of renesting after Tropical Storm Cristobal.

Thanks to a partnership among Audubon, the Florida Fish and Wildlife Conservation Commission, and Team Ocean, staff, volunteers, and officers covered the Second Chance Critical Wildlife Area during the busiest beach times. On Marco Island a community service officer drove too close to the posted colony, but it was addressed immediately. No major disturbances occured, and the sea and shorebirds continue to nest and raise their chicks.

Unfortunately, the St. Pete Beach colony lost three chicks as stress from fireworks impacted both the young birds and panicked adults. The chick fencing installed around the St. Pete colony helped keep most chicks from scattering far from their parents during the explosions. Because these beaches are so heavily used, Audubon partnered with Clearwater, Indian Shores, Pinellas County, and Sarasota County Law Enforcement, the Florida Fish and Wildlife Conservation Commission, the Sirata Beach Resort, and the Seaside Seabird Sanctuary to protect the birds during the busy holiday weekend.

Still waiting on reports from all sites, but no disturbances were reported in St. Johns County, Nassau Sound/Little Talbot, or Amelia Island. Additionally, Amelia Island had coyotes removed and this year there are 70 downy chicks at last count.