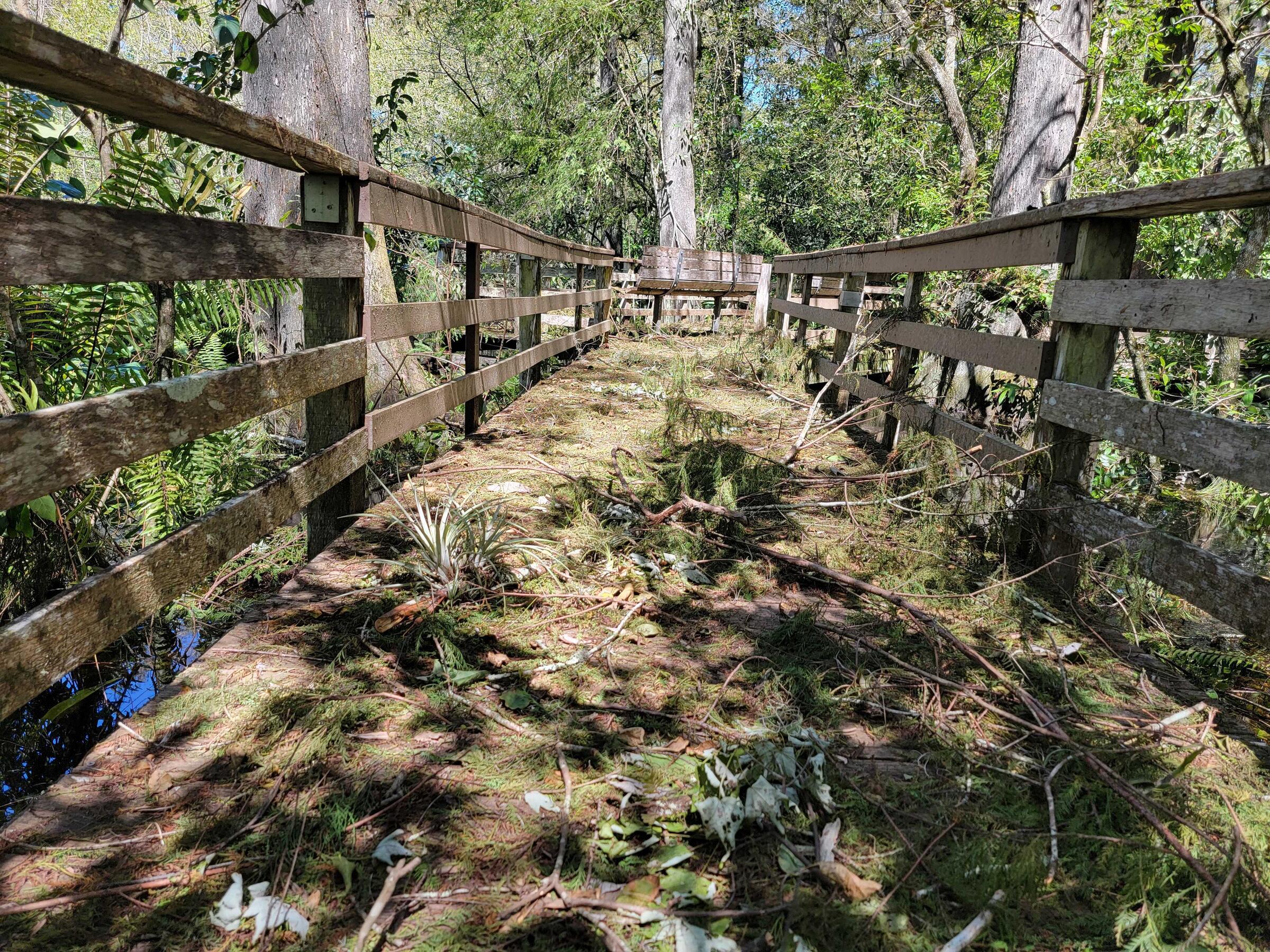 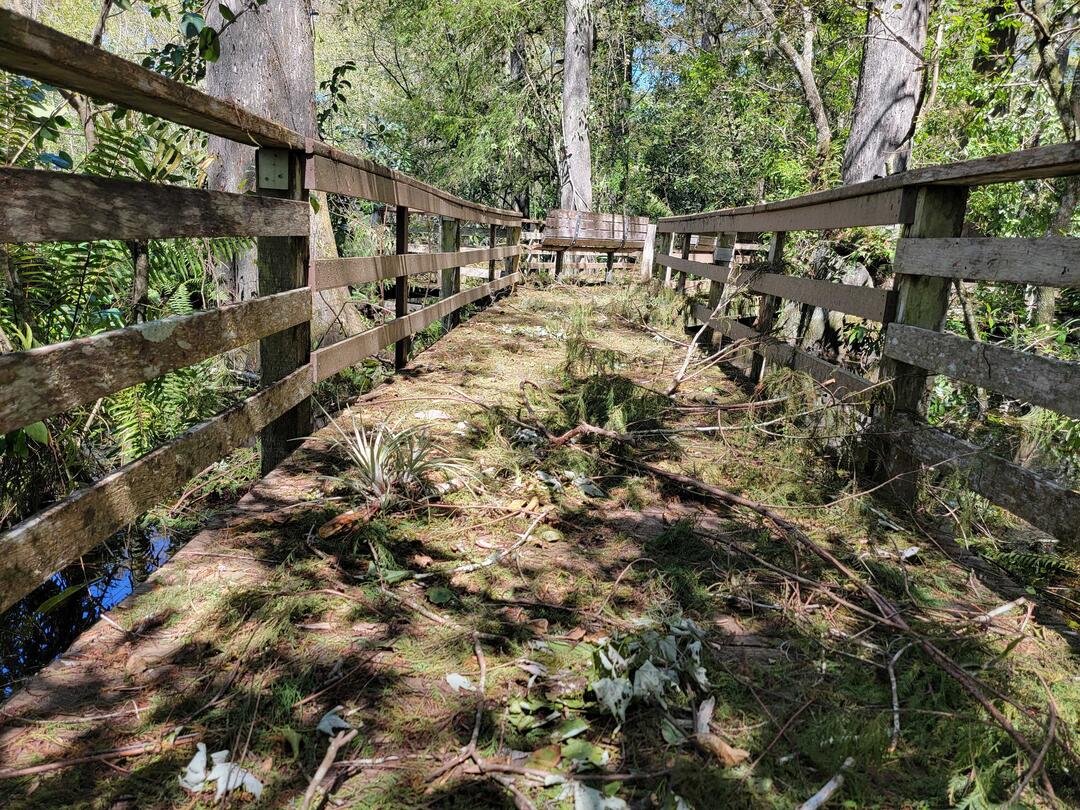 Corkscrew Swamp Sanctuary Does Its Job after Hurricane Ian

Hurricane Ian significantly changed the shape of Southwest Florida’s coastline and the lives of many who live near it. Fortunately, Corkscrew Swamp Sanctuary’s iconic boardwalk and Blair Visitor Center sustained only minor damage.

Hurricane Ian brought record-breaking rainfall to Florida. Though Corkscrew Swamp Sanctuary remained on the “dry” side of the storm, we received 5.8 inches of rainfall over the course of four days. Additionally, data loggers recorded near record high water levels immediately following the storm.

This is the beauty and value of wetlands like ours: They protect habitat and local communities from flooding.

When so much rain falls in a short time, floodwaters must go somewhere. Our wetlands not only hold this water during severe weather events, but they also remove nutrients from surface water before it reaches the Gulf, reduce the risk of catastrophic wildfires in our communities, and provide habitat to many of Florida’s threatened and thriving wading birds, amphibians, reptiles, and mammals.

As rivers to the north of the Sanctuary finally crested, we watched as our restoration efforts improved conditions for wildlife while enabling this surface water to percolate down and recharge freshwater aquifers below ground.

“As storm impacts intensify with climate change, Corkscrew Swamp Sanctuary is proof that healthy, intact wetlands can provide critical flood and water quality benefits sorely needed in Florida. Elected officials, community leaders, and concerned Floridians should take note: The more wetlands we have in the Sunshine State, the safer we will be from the impacts of future storms.” — Shawn Clem, PhD, Research Director of Audubon Florida’s Western Everglades Research Center