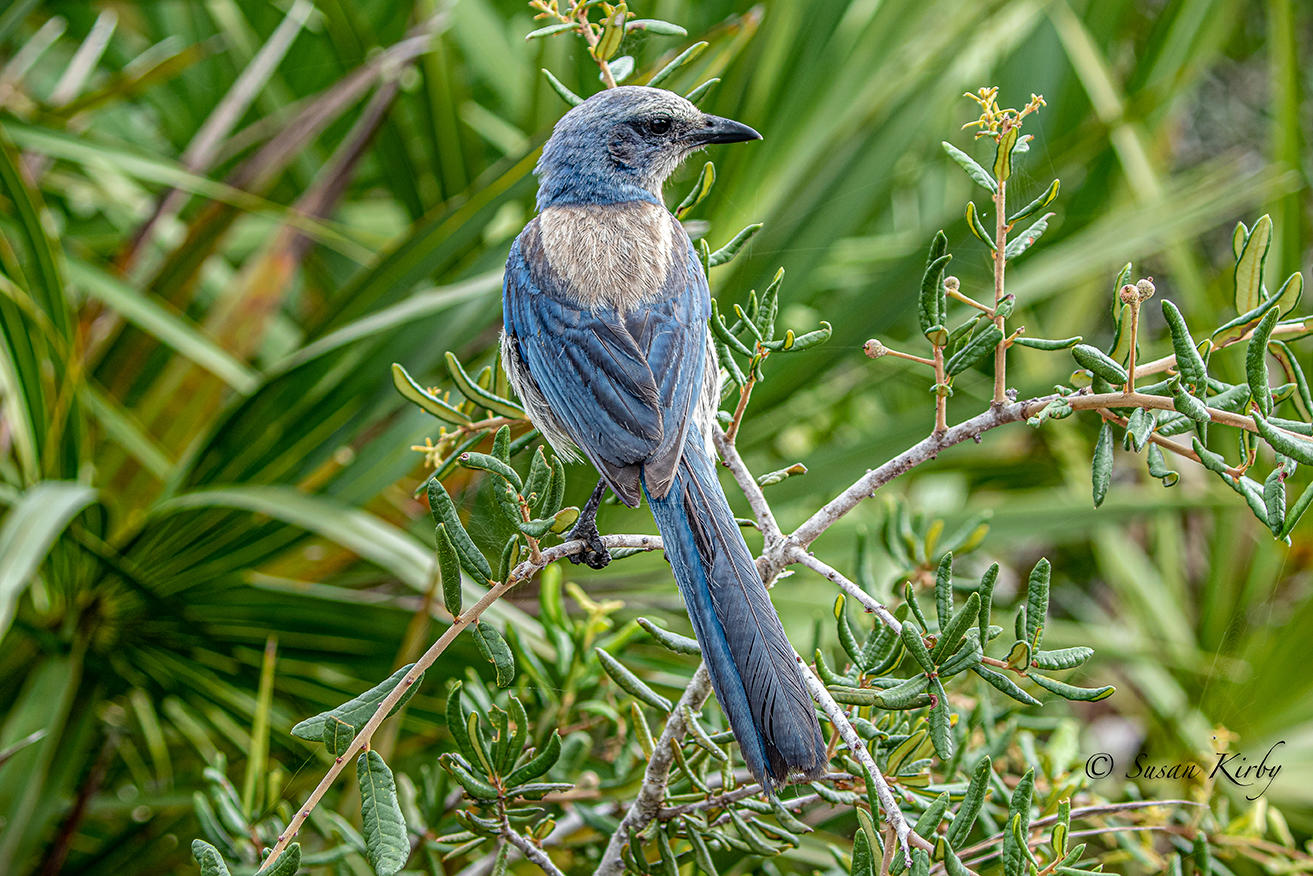 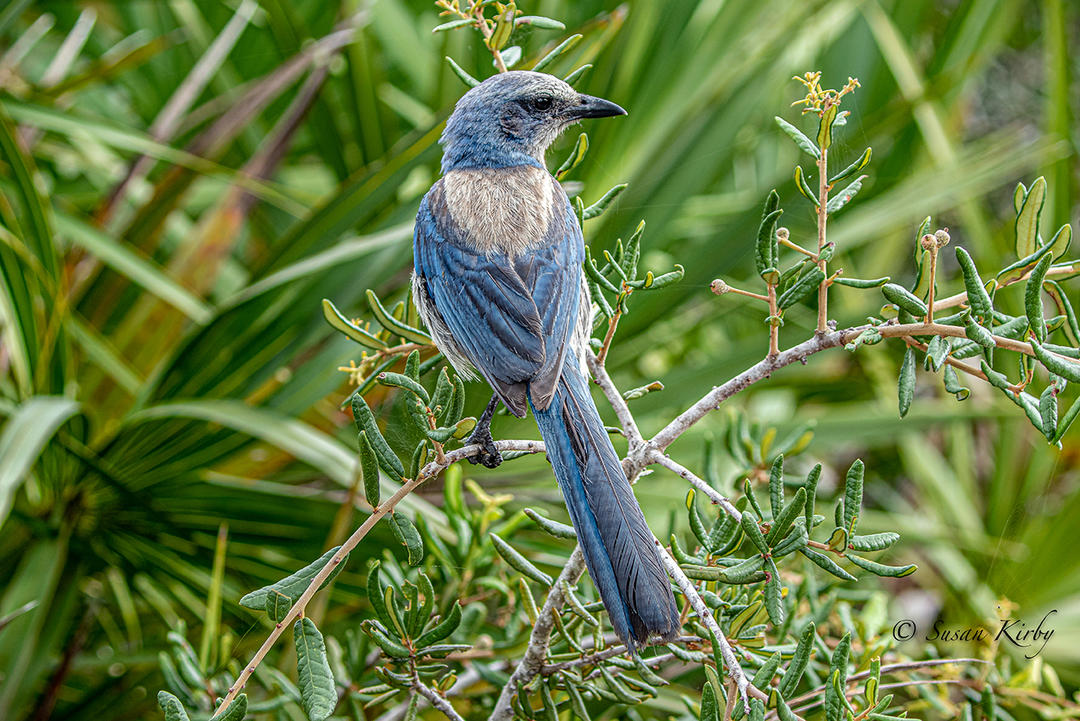 The Florida Scrub-Jay is the only Florida native bird species that lives solely in Florida. Their populations are declining because they make their home in Florida's endangered scrub habitat. 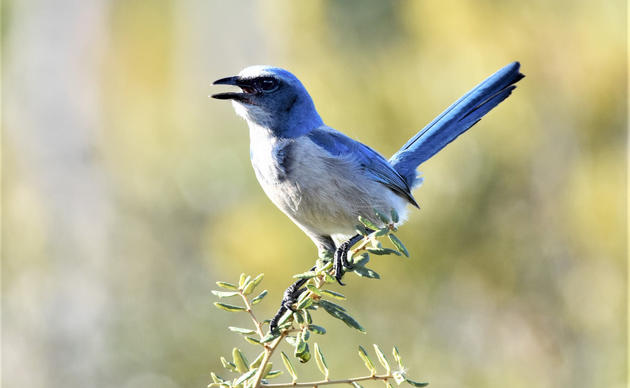 On a sunny March morning in the sandy scrub habitat of Oscar Scherer State Park, Florida Scrub-Jays – found only in the Sunshine State – are already busy preparing for the upcoming breeding season. The blue and silver birds call loudly back and forth to each other as they flit among the low-lying trees and bushes, a fire-dependent habitat that has become rare. It’s nest-building time.

The Florida Scrub-Jay was listed as federally Threatened by the U.S. Fish and Wildlife Service (USFWS) under the Endangered Species Act in 1987, largely due to loss of its native scrub habitat and decades of fire suppression that allowed the scrub to become overgrown and unsuitable for scrub-jays. The state’s population is estimated to have declined by 90% since the early 1800s, and now numbers approximately 3,500 family groups and an estimated 6,000-8000 individual birds statewide.

The scrub-jay fathers play a special role in nest building. While the females spend the majority of their time gathering the soft inner nest material and shaping the interior of the nest, the males prioritize selecting the larger oak twigs that stabilize the structure. Built in oaks a few feet off the ground, the nests must be strong enough to support 3-4 nestlings, but remain relatively hidden from predators. Once the mother birds start to incubate eggs, the male jays scour the scrub for insects to feed the females so they do not have to leave the nest unguarded.

The best food item? Caterpillars! High in protein, caterpillars lack the hard exoskeleton that can be more difficult to digest. Once the chicks have hatched, both parents work together to feed the young birds.

“Interestingly, Florida Scrub-Jays are also known for cooperative breeding,” explains Marianne Korosy, Ph.D., Director of Bird Conservation for Audubon Florida. “Parents often have helper birds when raising the nestlings. As many as six of these helpers –  adult birds that are usually offspring of the same family born the previous summer – bring food back to the nest.”

Detailed knowledge of the family groups is made possible by Audubon Florida’s dedicated Jay Watch volunteers. We train and support volunteers to conduct scientific surveys that measure annual nesting success and count the total number of Florida Scrub-Jays at more than 46 sites in 19 counties. The success of the Jay Watch program, and the program’s contributions to the recovery of Florida Scrub-Jays, depends upon dedicated volunteer citizen scientists like you, your family, and your friends.