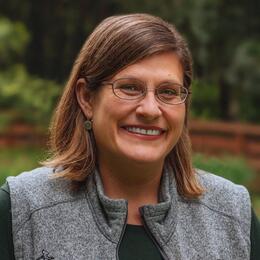 When you fly on a plane over Miami-Dade, the sprawl of urban development gallops west from the water until it stops abruptly, as if hitting an invisible barrier.  That barrier is the Urban Development Boundary (UDB), a legal line wisely established in 1983 to limit the westward extent of development and drive smart growth. On one side, you have neighborhoods and shopping districts, industrial zones and pavement.  On the other are the agricultural lands and natural landscapes South Florida requires for the implementation of Everglades restoration projects to safeguard the region’s water supply and protect it from the worst effects of climate change. But this line can only protect our quality of life if we respect it. In September, the Board of County Commissioners is set to vote on an application to convert nearly 800 acres of farmland outside the UDB to an industrial park, potentially throwing that good planning out the window and hamstringing our ability to protect the Everglades and our water.

Breaking the Urban Development Boundary to permit this 800-acre industrial site - known as the South Dade Logistics and Technology District - is a bad deal for South Floridians. Not only does it weaken the very idea of the boundary itself, but applicants have overestimated the number of jobs it could offer. Most importantly, this facility can be built elsewhere, but the Everglades can’t. This iconic mosaic of sawgrass marshes, freshwater ponds, prairies, and forested uplands is uniquely Floridian, provides drinking water for all of Miami-Dade and Monroe counties, absorbs storm surge and flooding, and supports a robust outdoor recreation and fishing economy. It is at the heart of South Florida’s prosperity.

Farmland can one day be restored to a healthy swath of the River of Grass; if it is converted to concrete and buildings, that can never happen. These 800 acres in question are only two miles from Biscayne Bay, which is already suffering from seagrass loss, algal blooms, and fish kills.

This acreage is already incorporated into the footprint of the Biscayne Bay Southeastern Ecosystem Restoration project for its ability to clean our water and help Biscayne Bay. An industrial facility that can be built somewhere else will never offer those benefits.

Landscapes that can be turned back into high-quality natural areas - like this one - are becoming more valuable as Florida's population grows and Everglades restoration accelerates with historic levels of state and federal funding. Time and time again, the Miami-Dade Commission has wisely voted to protect Biscayne Bay and the Everglades, prevent fish kills, and do what is right for the environment. In fact, those votes were a catalyst for the creation of Governor DeSantis’ Biscayne Bay Commission to support its restoration.

The Commission must uphold its tradition of supporting Biscayne Bay by voting no on this application. In doing so, it would be voting for current and future generations of Floridians who want to drink and recreate in clean water. Who want to feel safer during storms. Who want to see their favorite birds, fish, and dolphins in Biscayne Bay.

The Board of County Commissioners has voted twice to defer a vote on this issue, and are poised to take up the application in their September 2022 meeting. At Audubon, we are clear: Move the industrial park, hold the line, protect our Florida.