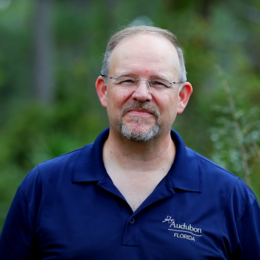 In a recent assessment of damage from Hurricane Matthew, Gabriel Todaro of the US Army Corps of Engineers compares the recent impacts along Jacksonville’s coast with those from Hurricane Dora in 1964. When Hurricane Dora struck, Jacksonville Beach was much narrower and protected by a rock revetment and concrete seawall. Storm surge quickly overtopped these structures and caused erosion, severe property damage, and often structural failure of the seawall. The significant damage from Hurricane Dora inspired the Duval County Shore Protection Project which produced a wider beach and a naturally growing dune system that reached almost 20 feet high. Hurricane Matthew washed away parts of the dune system but the properties behind the dunes were protected better than in 1964. The relatively few areas of significant flooding occurred at gaps in the dunes.

While the superior protection of natural beaches versus hardened seawalls may surprise some, this analysis builds on previous findings from the Corps when they assessed the impacts of Hurricane Sandy (the hurricane that devastated the Northeast in 2012). The Corps is now emphasizing the use of natural and “nature-based” features for coastline protection, and realizing that impressive-looking seawalls are not always the best choice for our coastlines. Plus, there are numerous other benefits to tourism, recreation, and wildlife that are afforded by more natural beaches. Royal Terns, Least Terns, and American Oystercatchers, along with several other imperiled shorebirds, sea turtles, and coastal species depend on the beach and dune systems along Florida’s coast. It is very good news for everyone that maintaining the iconic Florida beaches of our past is the best way to secure our future.