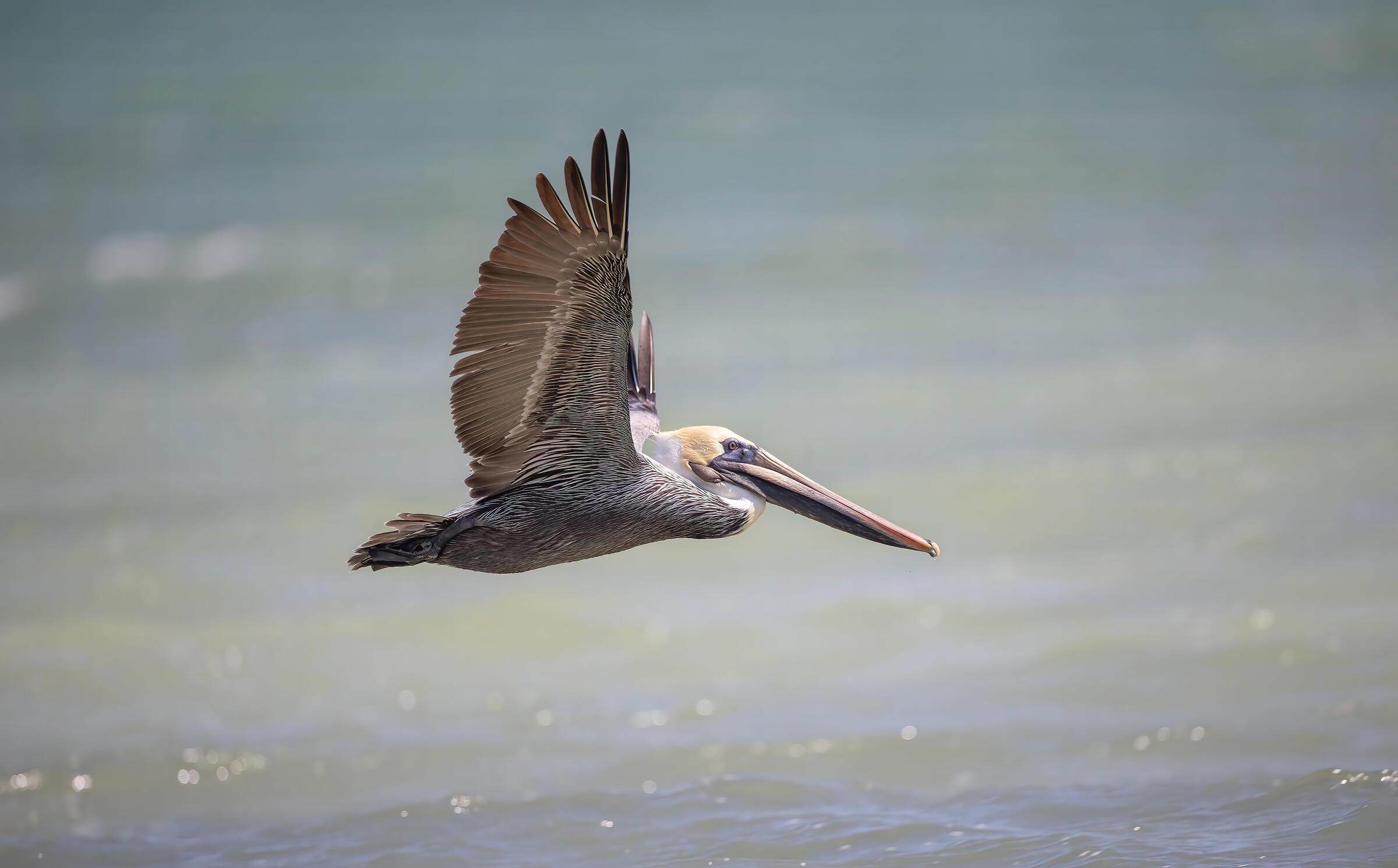 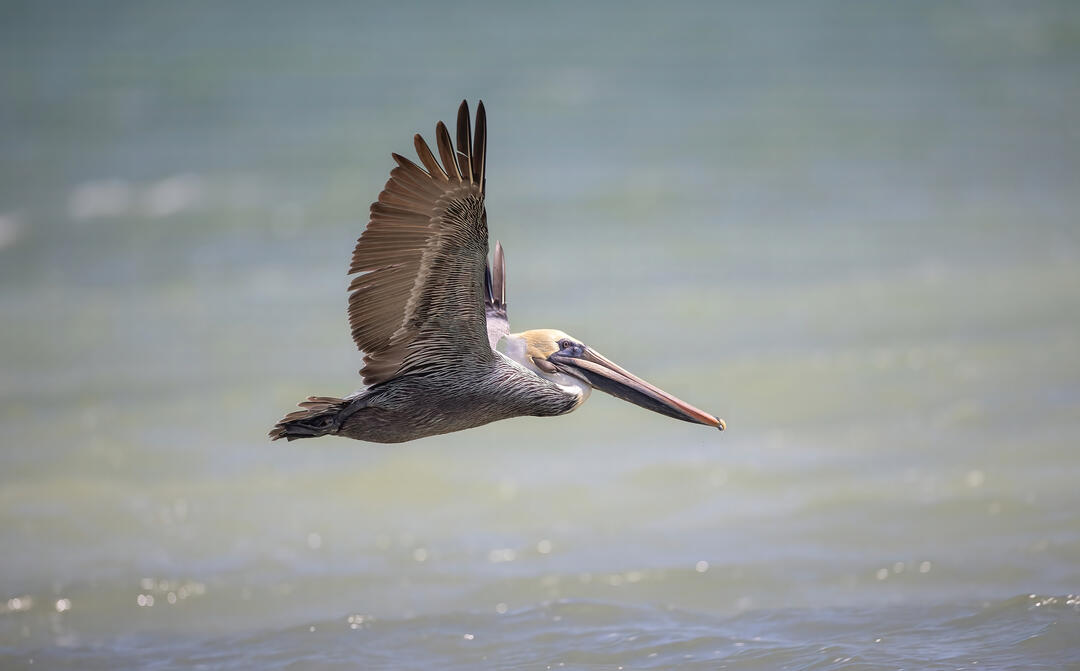 Keepers of the Blue is a documentary examining several different oceanic environments as well as those that work to protect them. From the mighty great white shark to the humble reef fish, the ocean is teeming with life both big and small, fearsome and meek. This film aims to capture their essence and showcase how audiences should find a way to get involved to help preserve the vast expanse of aquatic ecosystems.

The film also exhibits some of the amazing birdlife that interacts and contributes to these aquatic ecosystems. The Brown Pelican (Pelecanus occidentalis), for example, nearly disappeared from U.S. coastlines when pesticides like DDT decimated their populations. Luckily, after the banning of DDT and under the protection of the Endangered Species Act, the Brown Pelican has become a conservation success story, their beautiful flying forms now a common sight on Florida's beaches.

The film was in collaboration with the National Audubon Society as well as Audubon Florida. Jerry Lorenz, PhD and Kelly Cox served as environmental experts for the sections of the film involving birdlife and Everglades ecology.

Join filmmaker Tomas Koeck as he takes a look at the Brown Pelican as well as many other aquatic species in this documentary short, Keepers of the Blue.