Ahhochee Hill, a Florida Audubon Sanctuary, is a  tract of unusual ecological diversity within a large, Central Florida greenway that remains mostly untouched by urban sprawl. Surrounded by publicly protected land, including the Withlacoochee State Forest, this Sanctuary has enabled wildlife to flourish, away from the development that has occurred in so many parts of Florida. White-tailed deer, Wild Turkey, Eastern Bluebirds, owls, and hawks abound, while wildflowers and butterflies thrive in the open meadows and forest floors. This amazing wilderness would likely have been paved over if not for the efforts of an early Audubon conservationist named Lisa von Borowsky.

Born in Germany in 1904, the daughter of a military officer, von Borowsky emigrated to the U.S. in 1920 and soon thereafter moved to Florida to take a job as a housekeeper and gardener for a prominent women’s rights activist, Margaret Dreier Robbins, and her husband, Col. Raymond Robins. While working amongst the gardens of their estate at nearby Chinsegut Hill, she developed her love for nature and became one of the founders of the Hernando Audubon Society chapter in 1959.

In the 1950s, the Florida Audubon Society, which had been established in 1900 for the protection of wading birds, had stalled. After the end of World War II, Audubon membership in Florida declined each year until around 1950 when numbers fell to a few hundred.

Enter Lisa von Borowsky. Then a Florida Audubon board member, she realized that Florida’s wilderness was in trouble and stepped in to relaunch the organization with her personal finances. She provided funding for several years of operations, paving the way for the hiring of a new Executive Director. She recruited Russ Mason from the Massachusetts Audubon Society. Mason was known as an organizer, planner, and fundraiser and was no stranger to Florida; he had served as the Florida Audubon Society’s volunteer President from 1936 to 1940 and was ready to hit the ground running. Soon after Mason became Executive Director, Lisa von Borowsky financed the purchase of a new Audubon headquarters in Maitland, Florida (now the site of Audubon’s Center for Birds of Prey). From 1957 to 1971, Mason successfully built Florida Audubon into an organization with over 30,000 members, and over 40 chapters.

Technological advances and the oncoming surge of real estate development presented Audubon with new and more complex threats to wildlife than the market hunting of the early days. Audubon expanded its scientific research programs and became heavily involved in the effort to ban the use of pesticides such as DDT, prevent the extinction of the Bald Eagle, and protect wetlands.

In the mid-1970s, von Borowsky again stepped forward as a key Audubon benefactor and donated several hundred thousand dollars in the form of money and real property intended for sale, and Audubon gained even more momentum. In 1999, the Florida Audubon Society joined forces with the National Audubon Society, and Audubon Florida was born.

In 2001, von Borowsky passed away, and her estate bequeathed the Ahhochee Hill Sanctuary to the Florida Audubon Society, along with an endowment to support management. As the long-time steward of this special property, von Borowsky believed that nature should be left alone to take its own course, preserving many mature and old-growth habitats.

Today, Ahhochee Hill is part of the Brooksville Ridge and is one of the highest hilltops in the State. Roughly 17 acres at the top of the hill are partly cleared, offering sweeping hillside views of adjacent forested habitat and landscaped gardens planted by the former owner.

The remainder of the 270-acre property is wooded and represents several of the Florida habitats that are quickly being lost to development. A remnant Sandhill community, longleaf pine forest, hardwood and cedar hammocks, combined with cypress wetlands are interspersed throughout the property.

A two-mile loop trail leads from the fields, through the forest, and down to a cypress-lined pond and wetland area that hosts Wood Ducks, wading birds, and a resident alligator. Several bird stations near the Sanctuary buildings provide a cool, shady spot for visitors who aren’t up for the longer hike. In accordance with Lisa von Borowski’s wishes, the Ahhochee Hill Sanctuary is not open to the general public. However, Audubon Chapters and Audubon members can arrange an appointment to visit by contacting our Sanctuary Manager, Christie Anderberg at: christie.anderberg@gmail.com. 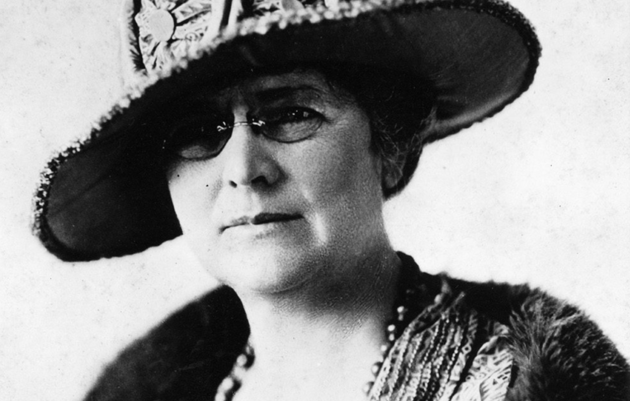 In honor of Women's History Month, we are looking back at some of Audubon's most inspiring leaders.

History of Audubon in Florida

The voice of conservation in Florida for over 115 years. 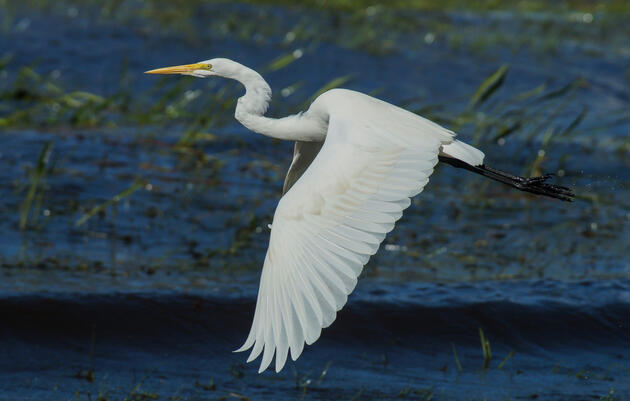 The groundswell of support for the birds of Florida and the Everglades went on to give rise to the National Audubon Society.