Springtime has truly arrived when Audubon staff and volunteers see the first chicks hatch out on Florida's beautiful coastal beaches.

This year, the award for spotting the first Snowy Plover chicks discovered goes to one of Audubon's northwest Florida field researchers, Ezra Thompson. The tiny chicks are perfectly camouflaged against their shell hash nest site - important because they will remain in the nest scrape for 3-4 hours while their feathers dry and they get their "beach legs". Would-be predators have a tough time spotting such carefully disguised babies. Once they get their beach legs, they will be up and about and begin finding their own food immediately - mostly insects, with close attention from their parents.

The 2016 award for spying the first Wilson's Plover chicks hatched goes to Adam DiNuovo, Audubon's Collier Shorebird Project Manager, and expert photographer and bird steward, Jean Hall. Three chicks hatched from a nest no one spotted in dense vegetation previously. But there they were, the three fluffballs, looking for food in the grass and sand. Like Snowy Plovers, Wilson's Plover chicks are out of their nest scrape about 3-4 hours post-hatching - and finding their own food. Their parents keep a close eye out for danger and when they spot potential dangers, the adults give a sharp cry that causes the chicks to flatten themselves on the sand and freeze in place until the adult releases them from this protective stance with another call.

In the must-mention category, the first Least Tern eggs recorded this year on the Gulf Coast were spotted by Jean Hall during a Shorebird Steward training session in Lee County. Eggs typically begin hatching mid-May with the first chicks fledging in the last week of May or first week of June. Unlike plover chicks that begin finding their own food 3-4 hours after hatching, juvenile Least Terns are fed small fish by their parents for the 3-week period before the young birds can take flight. Thereafter, juvenile Least Terns follow their parents to shallow marine waters and get "fishing lessons" - with a goal of full independence prior to their late summer departure from the U.S. for southerly destinations where they will pass our winter. 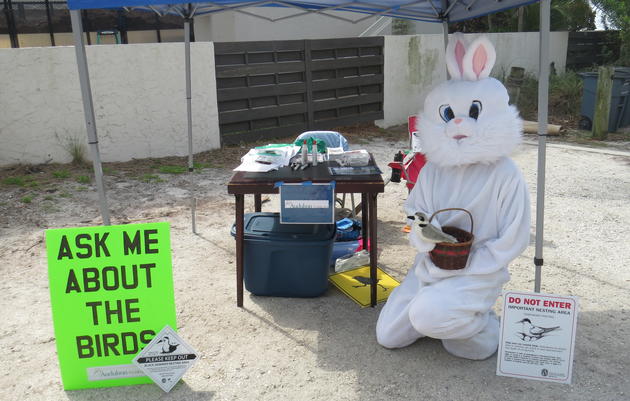 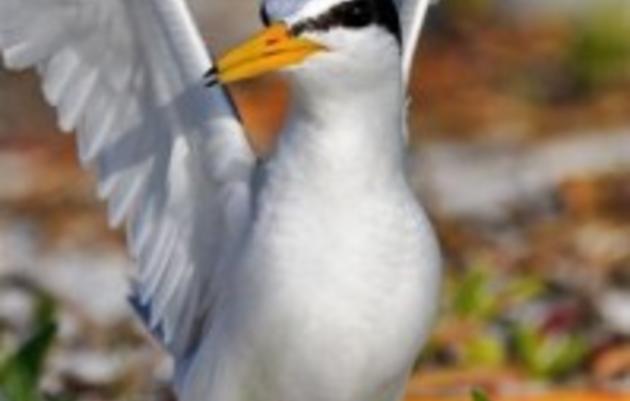 Least Terns Get the Most From School 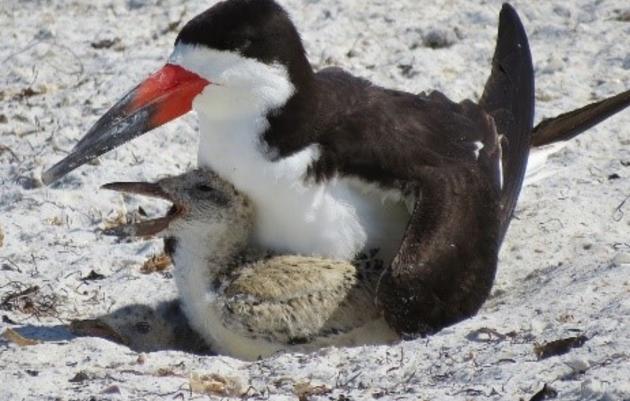 'Tis the Season for Baby Birds!

Volunteers Needed! Learn how you can join Audubon in protecting Florida's coastal wildlife.