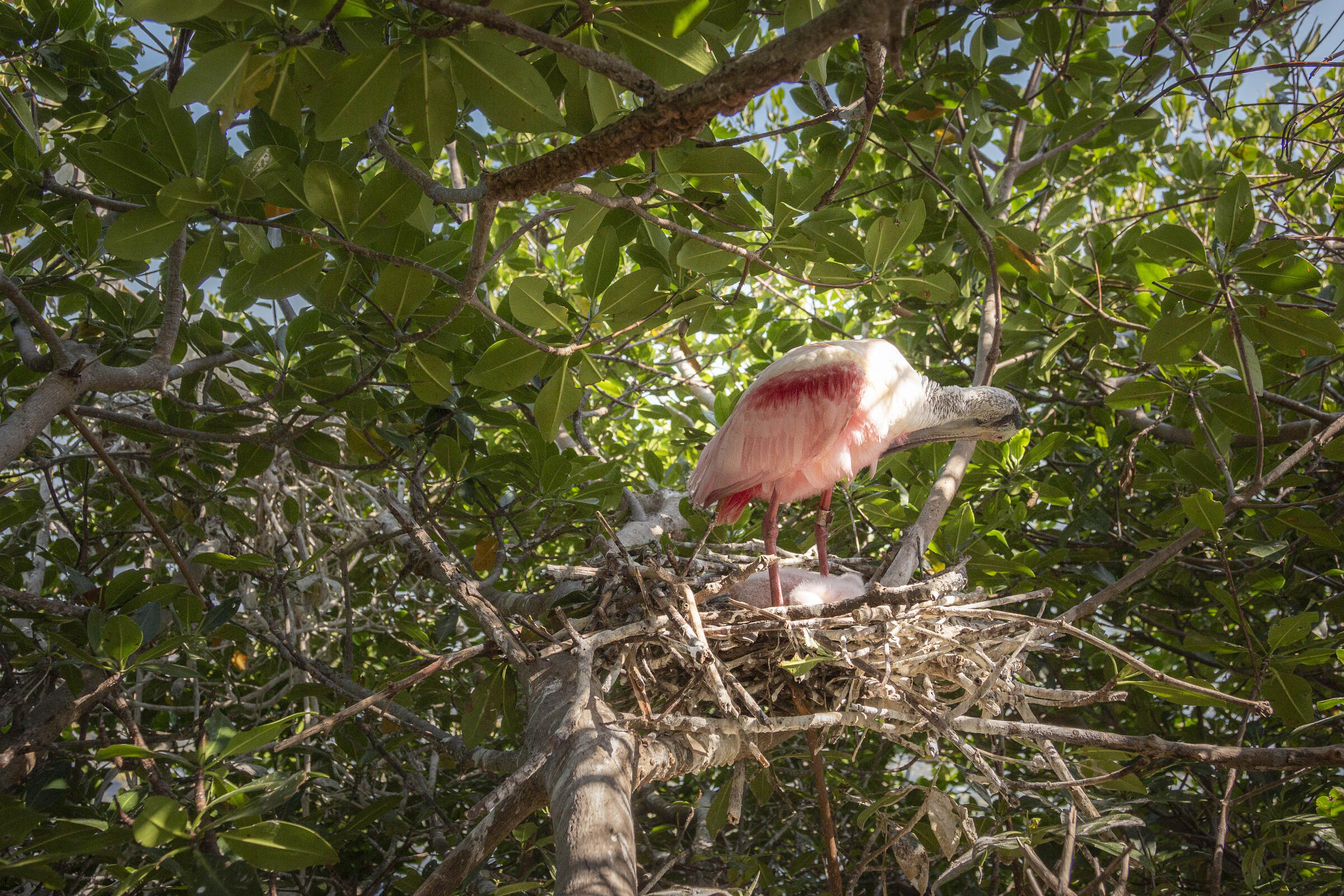 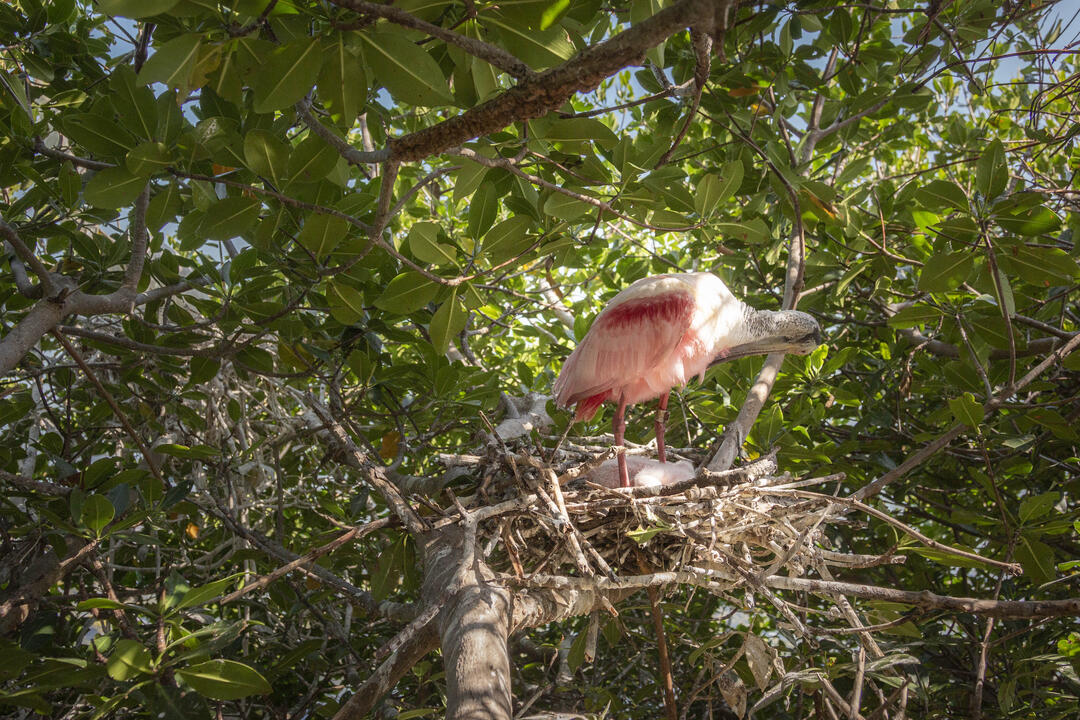 The oldest Roseate Spoonbill ever recorded was found in Florida Bay this spring. The spoonbill, banded by Audubon Florida Director of Research Jerry Lorenz, PhD, in 2003, is now more than 18 years old. The previous record for longevity in the wild for this species? 16 years. Conservation photographer Mac Stone, on assignment with Audubon, photographed the banded bird.

“This spoonbill has seen a lot in its almost two decades on Florida Bay – algae blooms, hypersalinity, and sea grass die-offs. But, it has also seen positive outcomes from Everglades restoration, including increased freshwater to Florida Bay. This spoonbill tells us that despite the hardships, nature is resilient and when we give her a chance – she can bounce back,” says Kelly Cox, Director of Everglades Policy, Audubon Florida.

“Spoonbills are our pink canary in the coal mine. We rely on them as an indicator species to tell us when and how ecological conditions are changing throughout the Everglades. This bird is an incredible example of just that – moving around Florida Bay for the better part of two decades and helping us tell the story of where the Everglades is hurting and healing,” explains Jerry Lorenz, PhD, Director of Research, Audubon Florida.

Audubon Florida’s Everglades Science Center conducts weekly surveys of Roseate Spoonbill colonies in Florida Bay during nesting season to get nesting and general population data. Two of the colonies have been monitored for 30 years. In 2003, Audubon scientists began applying leg bands to chicks in nests in Florida Bay and Tampa Bay at the Richard T. Paul Alafia Bank Bird Sanctuary. In 2013, staff also began banding birds hatching from nests at St. Augustine Alligator Farm. In total, Audubon has banded about 3,000 chicks. Banding spoonbills – an indicator species for Everglades ecosystem health - has led to a greater understanding of dispersal rates and behavioral structures after nesting season in the Florida Bay is over.

"I have photographed banded spoonbills in Florida Bay for over a decade trying to trace the origins of corroded letters and numbers for Audubon,” Mac Stone says. “When I downloaded the card from my camera and noticed that a banded bird came to the nest to feed its chicks, I knew I had something special. I carefully combed over 1,500 images and found only two moments where light and shadow hit the band just right. It was a reminder how powerful science and art can be when pursued together.”

The decline and resurgence of Roseate Spoonbills parallels the conservation movement in Florida. These bright pink birds with long legs and an unusually-shaped bill have long mesmerized those who encounter them, and their beautiful plumes were especially sought-after during a time when women’s fashion included hats adorned with feathers and even entire birds. 122 years ago, Audubon led the charge to protect wading birds from hunting. 70 years ago, we helped spark the drive to protect the Everglades, including the establishment of Everglades National Park. Today, we are on the front lines documenting the impacts of climate change on this special ecosystem and the species that depend on it, and prescribe the policies needed to ensure their survival. 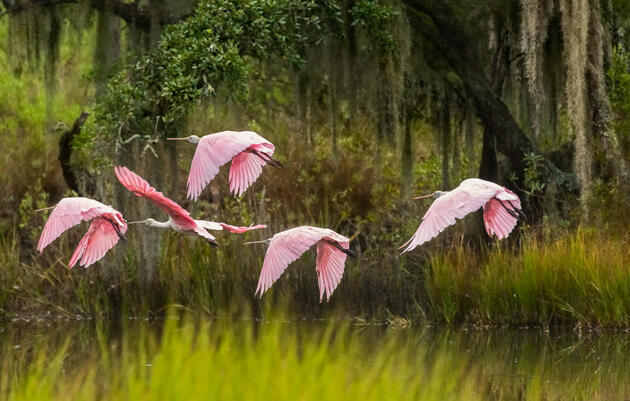 Wandering Spoonbills Tell Us What We Need to Protect the Everglades

Jerry Lorenz of Audubon Florida tracked this species to shed light on how the iconic "River of Grass" is changing, for better or worse 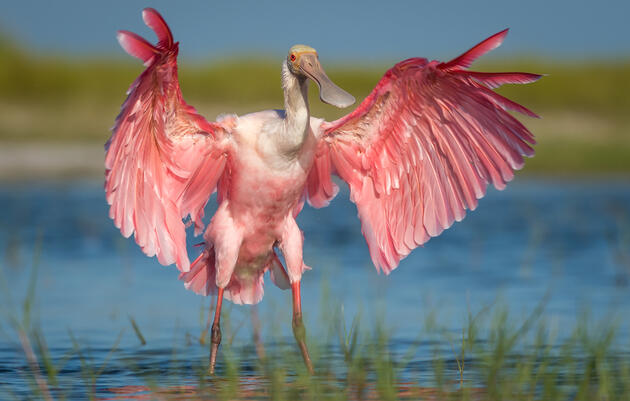 Birds tell us that the impacts of climate change are here. 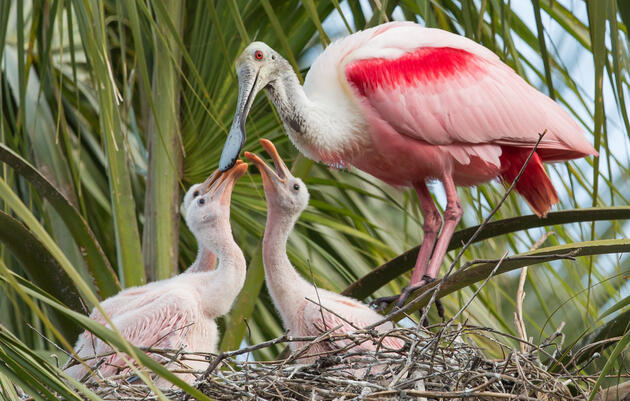