Jerry Lorenz’s mind is often on Cape Sable. Stretching across roughly 80,000 acres, this southwestern edge of Everglades National Park sits between the Gulf of Mexico, Whitewater Bay, and Florida Bay, a mosaic of lakes and wetlands, waving grasses, and forests of mangroves.

Exploring this federally-designated wilderness area is not for the faint of heart. “I was once completely covered in mosquitos,” Lorenz laughs. “I basically ran the half-mile back to my boat and by the time I arrived, you couldn’t see the white of my shirt. I couldn’t even see out of my head net.”

Lorenz, PhD, is an Everglades expert. Beginning his work here in 1989, he now leads the Everglades Science Center as State Research Director for Audubon Florida and has spent decades applying ecological studies in Florida Bay and the Everglades. His primary research focus has been on the effect of water management practices on Florida Bay by examining the food web dynamics of the Roseate Spoonbill.

In 30 years of working in the Everglades, Lorenz’s most memorable moments hail from this particular region of the River of Grass.

“The most remarkable things I’ve ever seen, I’ve seen on Cape Sable,” Lorenz explained. “The area is remote. The wildlife does not often see people. I used to be able to approach in my kayak or canoe within a few feet of Wood Storks and Roseate Spoonbills, and they just looked at me.”

The interior wetlands of Cape Sable are among the most ecologically productive environments left in Florida. The area serves as critical habitat and foraging grounds for wading birds, shorebirds, and important game fish. A number of endangered species, including the American crocodile and smalltooth sawfish, also live and breed in these waters.

The Fall of Cape Sable

Historically, Cape Sable functioned as a freshwater wetland. Large storms in 1935 and then again in 1960 did increase salinity, but the productivity of the landscape as a whole remained high, especially for Florida’s iconic wading birds. “Millions of birds use this area for foraging and nesting,” Lorenz says, taking advantage of the area’s unique hydrology.

Cape Sable as a whole is very shallow - even its deepest lakes reach only 5-6 feet in depth. During the wet season, water would expand and cover the large expanse, creating incredible opportunities for fish production. They too, then, spread across Cape Sable. When the dry season hit and the water receded, the fish became concentrated in small pools, offering a feeding smorgasbord not only for wading birds, but also for game fish, crocodiles, mammalian predators, and more.

Unfortunately, the craze to develop Florida set the stage for the degradation of the Cape Sable peninsula.

“There are five canals that were built in the 1920s and 1930s, and they go from the wetlands to open water,” Lorenz says. Built both for agriculture – people hoped to raise cattle here – as well as for plans to develop Cape Sable and create a fishing route, the canals shunted water from inland wetlands out to sea.  The development schemes never came to fruition, but the canals remained, left behind, derelict.

A few decades later, National Park staff plugged the canals with earthen dams. When Lorenz began working in the Everglades in the late 1980’s, they were little more than shallow ditches, some just 6-7 inches deep in the dry season, only 8 or 9 feet wide.

People once again disturbed the fragile equilibrium that had been established. Fishermen wanted to try their luck in the water bodies on the other side of the earthen dams – where motorized vessels are not permitted – and dug out the plugs on two canals in order to pass through. Suddenly the flow increased, scouring the canals and making them both deeper and wider. National Park staff again tried to plug the canals, using sheet pile dams; the fishermen dug around those too.

“By 2000,” Lorenz continues, “Those canals were more than 50 feet wide and down to bedrock, 11 feet deep. It was a disaster and I watched it happen.”

The sediment and water drained the Cape Sable wetlands. Lake Ingraham, about five miles long and once a deep freshwater lake, is now full of sediment. During low tide, half the water body is now essentially a mudflat. Sea level rise puts additional pressure on the canals, adding six more inches of salt water to the bay over the last 30 years alone.

The Everglades is a critical natural resource, not only for wildlife but for people too, and restoration offers the best hope for resilience in the face of a changing climate. In the early 2000’s the National Park Service, the U.S. Fish and Wildlife Service, and the Florida Fish and Wildlife Conservation Commission, in collaboration with Audubon, the Everglades Foundation, Ducks Unlimited, and other nonprofit partners, got serious about stopping the flow of water and sediment out of Cape Sable. They hatched a plan that is finally starting to work.

In 2010, the East Cape and Homestead Canals were dammed; the Slagle Ditch plug was reinforced in 2018, as was the House Ditch plug.

Hurricane Irma set up a critical test case for the importance of wetlands as the intense storm passed just west of the Cape six years after the first phase of the Cape Sable Dams Restoration was completed. This phase reestablished the natural coastal ridge across canals, preventing saltwater intrusion and reducing erosion. After Irma, Audubon scientists monitoring ecological conditions on Cape Sable documented storm impacts in the restored versus non-restored wetland areas. The difference was remarkable. In restored wetlands, where earthen dams recreated the natural conditions, the habitat withstood storm forces exceptionally well with virtually no further erosion or loss of vegetation. In contrast, loss of shoreline and mangroves from storm surge was evident in areas not yet restored. This is direct evidence that an intact coastal ridge and healthy mangrove habitat offer a strong defense against extreme storm conditions and rising seas.

That left the Raulerson Brothers Canal, the plug of which had narrowed in width in 2006 after Hurricanes Katrina and Wilma. Attempts to reinforce the plug with sandbags failed, and by 2007 the water completely broke through, flowing freely. Two years later, the Raulerson Brothers Canal had become wide enough for a boat to pass through – six months after that, the width had increased to fifteen feet. 2011? 25 feet. By 2021, the canal measured more than 75 feet across, resulting in roughly 5,000 cubic yards of sediment lost in just two years from the canal itself, not counting the additional scouring of the interior wetlands.

Plugging a canal that wide and deep would be an expensive undertaking and the last piece of the restoration puzzle for Cape Sable. Once plugged, water would once again spread out and flow across the entire area, not funneled into one, fast-flowing river. For more than a decade, Audubon has provided the science underscoring why such a dam is needed across the Raulerson Brothers Canal, joining our partners to advocate for the funding for the engineered structure.

Finally, in late 2021, the announcement came: the necessary grants to complete the damming of the canal had been awarded, and construction could begin as early as fall of 2022.

A Future for Cape Sable

For Lorenz, this has been a long time coming. Over the course of his career, he watched the man-made impacts on Cape Sable lead to deteriorating habitat - now he will monitor restoration progress when the canal plug is complete. Based on his studies of other plugged canals, Lorenz expects the inland wetlands to become less saline as fresh water is retained on the landscape, improving habitat and foraging conditions for a plethora of Everglades species.

It is extraordinarily gratifying to see the hard, sometimes brutal, work come to fruition by me and my team to help stop the unnecessary degradation of this little known but vitally important national treasure.

Note: Parts of this article were adapted from an interview between Jerry Lorenz and the National Parks Traveler. 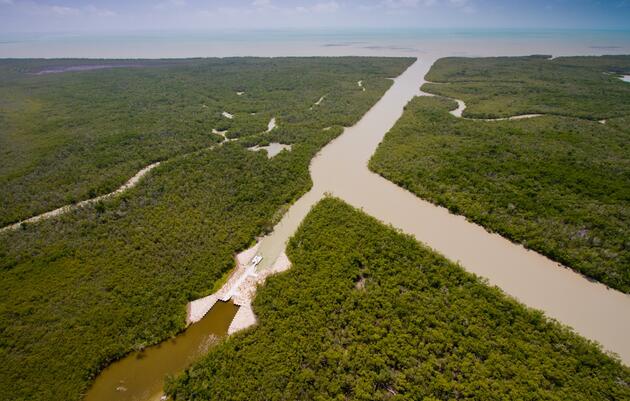 On August 27, the National Fish and Wildlife Foundation announced a $2 million grant aimed toward protection and restoration of the coastal wetlands on Cape Sable. 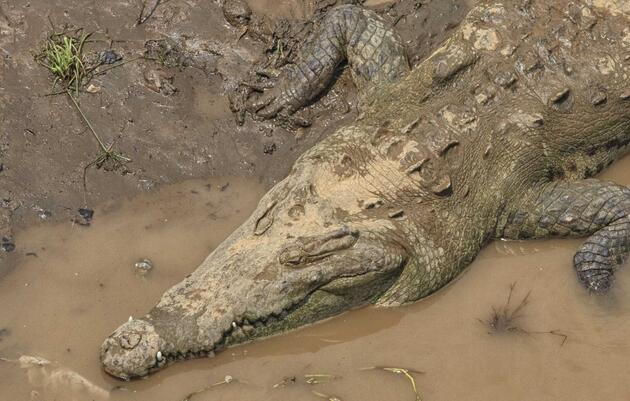 The sandy beaches, mudflats, and interior marshes of Cape Sable provide some of the most valuable waterbird habitat in Everglades National Park. Protruding into the Gulf of Mexico off the southwest tip of the Florida mainland, the Cape is also one of the most vulnerable locations to tropical storm impacts and sea level rise. 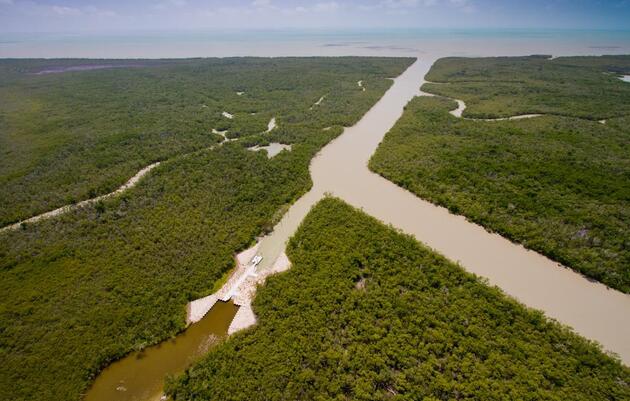 In a changing climate, South Florida needs to buy time to improve resilience. Restoring the Everglades offers the opportunity for both.