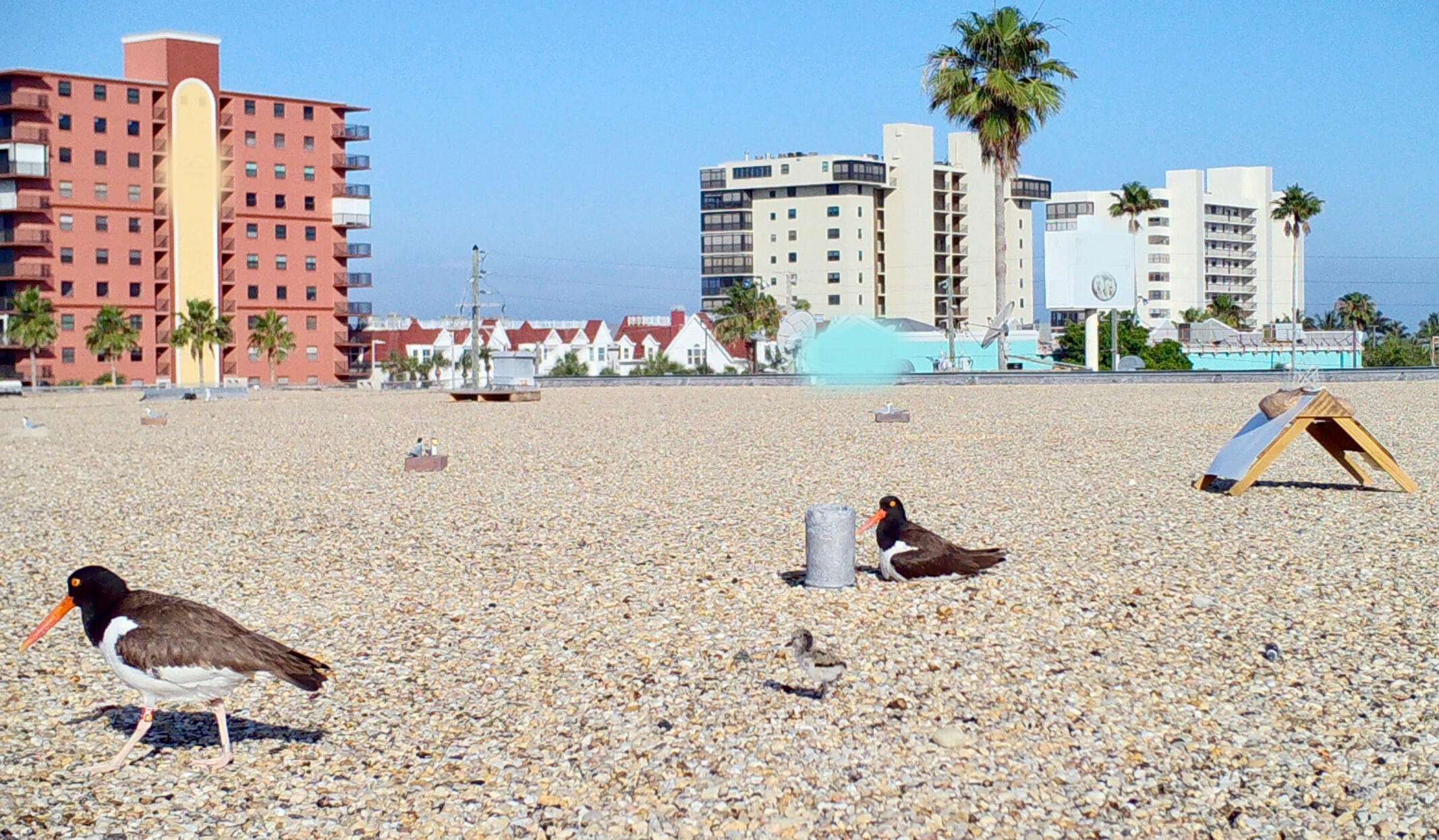 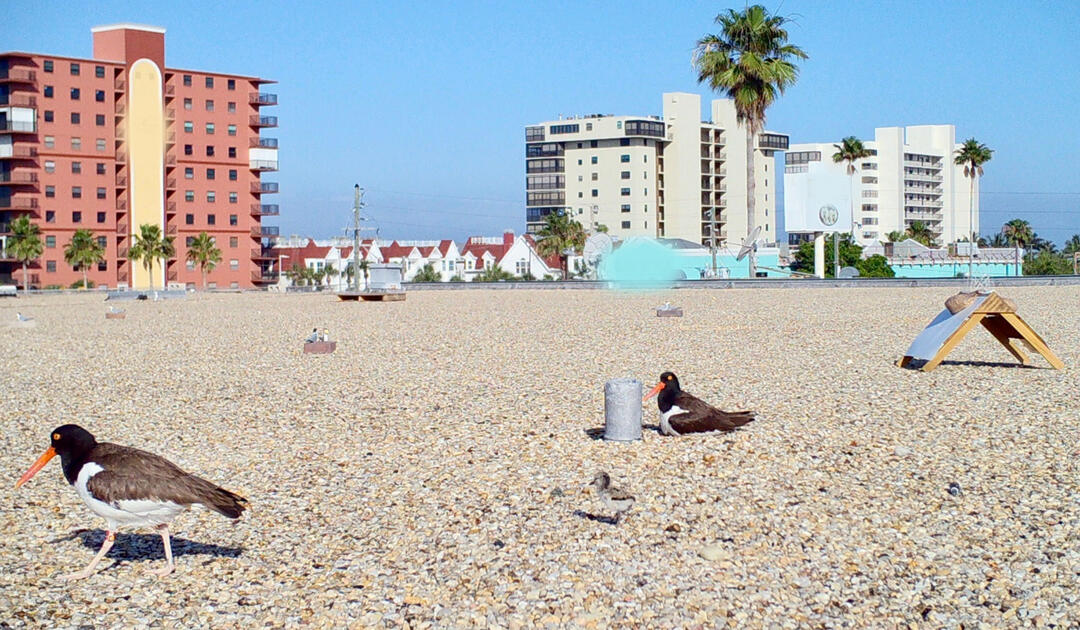 I climbed a ladder in the back of a store that leads to the hatch of a tar and gravel roof. Stepping out onto the roof, the gravel crunched beneath my feet. It’s early March, so the sunlight poured through the nearby buildings, and the small rocks were covered in dew.  Just another day as an Audubon Rooftop Biologist!

I worked with other rooftop biologists from the Florida Fish and Wildlife Conservation Commission to pull up camera supplies two stories from the ground floor through the hatch. Walking around the roof, I looked for signs that birds might have been here scoping out nesting territories. When I found a few places where loose gravel looked like it has recently been turned over, I decided to set up a camera nearby to monitor this area for American Oystercatcher nesting activity.

A couple weeks later we got lucky, and a pair of oystercatchers decided to nest within view of the camera! To my great surprise, one of the adults is banded and had never been reported previously as a rooftop nester: red band X16. Even though our nesting season has only just begun, we have already discovered new information about our rooftop nesters.

So how do you monitor birds that nest on rooftops without going on the roof when eggs and chicks are present? Typically, we survey roofs from the ground or if we are lucky and have a taller building nearby, we can sometimes survey from above or across the roof to count the number of adults, nests, and any chicks more accurately. Or we can use cameras!

This season, I implemented solar-powered, cellular cameras to monitor rooftop nesting shorebirds and seabirds like Black Skimmers, American Oystercatchers, and Least Terns. These species are listed as threatened in the state of Florida and are sensitive to disturbances. The solar-powered cell cameras give us the ability to monitor what is going on with the birds throughout the nesting season on roofs that wouldn’t normally give us a good vantage point for monitoring. By taking advantage of the abundance of sun on rooftops we can use a solar panel to charge the cameras.

This is also great for the birds; solar charging means I don’t have to access the roofs to disturb the birds to change out batteries throughout the nesting period. The cell cameras also give us the ability to monitor the birds from an app on our phones in real time. The SD cards can be managed on the app, so no visits to the roof are necessary throughout the entire season – we are able to monitor nest success and predation events all without ever stepping foot on the roof after the initial camera setup. Knowing where nesting occurred on the roof in previous years and understanding nesting behavior, we can make an educated guess on where to place the cameras before nesting occurs.

Rooftop-nesters are a bit more challenging to monitor than our local beach-nesters that can be surveyed on the ground from a distance. The cameras give us the opportunity to gain insight into rooftop nesting that we wouldn’t normally get. All of this wouldn’t be possible without supportive building owners, managers and local donors that support our mission to protect these imperiled species. Thank you!