Florida Bay is one of the most productive ecosystems in the world, but it has been heavily impacted by alterations to the Everglades. 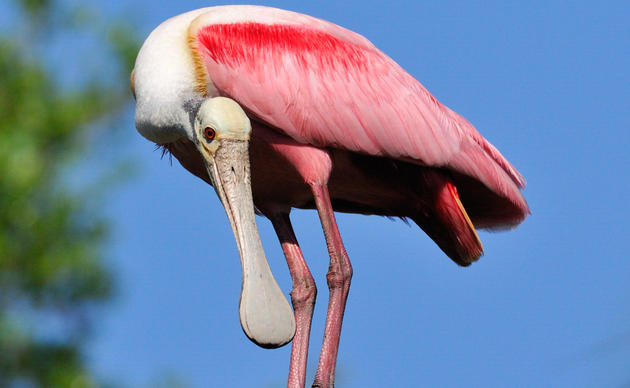 Overall water conditions this year were poor. Sea levels contributed to above normal water depths and the dry conditions needed to concentrate prey only occurred during a nine-day period — not nearly long enough for most Roseate Spoonbills to successfully raise young.

Florida Bay does not receive enough freshwater. In the absence of rainfall, it becomes hypersaline and crashes. The natural system used to receive four times more freshwater from the Everglades ecosystem. Audubon’s team works tirelessly to accelerate Everglades restoration projects that will bring freshwater south to rehydrate Florida Bay.

Spikes in salinity indicate freshwater flows are still insufficient to keep Florida Bay within normal conditions year-round. For the last half of 2019, spikes in salinity made it hard to sustain SAV. Healthy SAV is key to favorable foraging conditions. In early 2020, we had near freshwater conditions through the end of March, a good indication that restoration infrastructure (C-111SC) can help keep salinity below normal when there is water in the ecosystem.

However, an unprecedented sharp rise in salinity late March into early April suggests Florida Bay is on its way to surpass marine conditions unless water management can provide relief freshwater flows.

Scroll down to see our infographic!