Audubon’s coastal team is as passionate about snowbirds as we are about Florida’s nesting birds and their fuzzy and feathered offspring. In the following paragraphs we share winter season highlights – including results of statewide mid-winter surveys – just as nesting season gets underway along the Gulf Coast.

Statewide surveys for Piping Plover and other shorebirds

Audubon volunteers and partners surveyed Piping Plovers across the state in the 2016 International Piping Plover Census from January 18 to February 1st. Preliminary reports from the U.S. Fish and Wildlife Service estimate that about 500 Piping Plovers were recorded during the census on Florida beaches. Two weeks later, the annual mid-winter shorebird survey, again saw volunteers statewide surveying all shore/seabirds between February 5 and 11. A total of 216 shoreline stretches were surveyed on which 85,515 shore/seabirds were recorded (as of press time).

The Florida panhandle counties have some of the most unspoiled coastal habitat in the state, making this part of Florida a haven for migrating and wintering coastal birds. Audubon and our partners in the State Parks “hybrid” team recorded 84 coastal bird species on biweekly coastal surveys along 100+ miles of panhandle beaches. Interesting highlights: Piping Plover and Snowy Plover were spread widely from the westernmost beaches in Pensacola to the easternmost beaches at Bald Point State Park. American Oystercatchers were found only on beaches between Panama City and Bald Point State Park.

Audubon teamed up with the Florida Fish and Wildlife Conservation Commission (FWC) to host three Law Enforcement (LE) workshops across the Panhandle, affording an opportunity to improve communications between LE officers and staff biologists. FWC officers from Escambia, Okaloosa, Santa Rosa, Walton, Bay, Gulf and Franklin counties learned about beach-nesting bird biology, causes of disturbances and how LE help is needed to meet the challenges our shorebirds and seabirds are facing. Captains discussed state and federal shorebird regulations and outlined expectations for their officers in dealing with infractions. In breakout sessions, officers discussed various types of disturbances to nesting birds, educational outreach talking points and legal remedies.

Northwest Florida staff used “time off” – from the hectic nesting season – to accomplish other important projects:

In Collier County, Audubon’s staff biologist spent his first winter on the job colocated with Rookery Bay National Estuarine Research Reserve staff and skilled volunteers to complete 90+ bird surveys on offshore islands and mainland beaches. Thousands of shorebirds and seabirds were logged including many banded birds, each of which has a story to tell. Nine banded Piping Plovers and 14 banded Red Knots were identified and over 80 USGS metal bands were read on Black Skimmers and Royal Terns.  Banded birds originated in New York, Maryland, Virginia, North and South Carolina, and Louisiana. Not only is this data exciting and important to researchers, it clearly highlights the importance of Southwest Florida for passage and overwintering birds. For more information about reporting banded birds: www.bandedbirds.org

Audubon’s Collier County winter stewardship program featured beach walks at Tigertail Beach and Clam Pass, focused on bird identification and conservation and public presentations to local organizations. Volunteers with the Conservancy of Southwest Florida were trained by Audubon staff to identify wintering birds and spread conservation messages on the importance of Southwest Florida for migrating and wintering shorebirds and seabirds.  In Audubon’s new partnership with the Marco Island Marriott Beach Resort, signs asking beach visitors to respect roosting birds have been posted on the beach at the Marriott hotel and Audubon staff led weekly bird walks for hotel guests.

Audubon of Southwest Florida’s shorebird coordinator organized winter shorebird stewards in the Fort Myers region to educate beach visitors about the need to walk around shorebird flocks resting on the upper beach. Stewards made their case with stories, maps, and photos of long distance migrants such as Red Knots. Disturbing and flushing resting birds makes them burn energy stored in fat reserves needed to stay warm and healthy in winter so they are fit and ready to fly south to wintering grounds or northward to breeding grounds. Volunteers set out orange cones around resting flocks to alert beach walkers and shared how easy it can be to walk around them.

And last but not least, Audubon’s seasonal shorebird coordinator completed more than 30 winter shorebird surveys at 14 sites on the Pinellas peninsula that are known to host foraging and roosting coastal birds.  A total of 43 uniquely-banded Piping Plovers were recorded at six sites, 105 uniquely-banded Red Knots were recorded at 9 sites, and Florida panhandle-banded Snowy Plovers were recorded on four State Park-managed barrier islands. Surveys at different tide stages identified two roosting locations for Red Knots and seven foraging locations. Future surveys will be planned based on this vital groundwork. 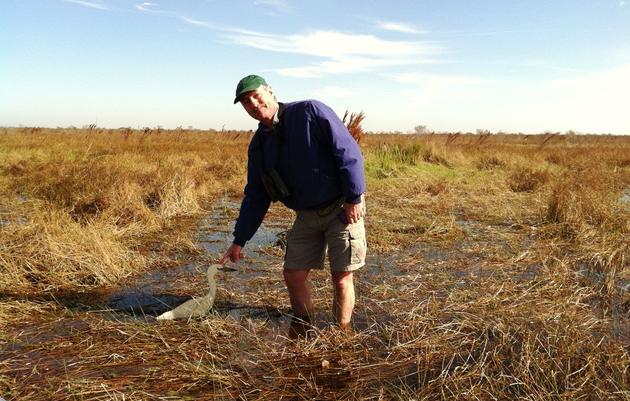 Wintertime means snowbirds out on Lake Okeechobee - and by snowbirds we don’t mean tourists from up north. 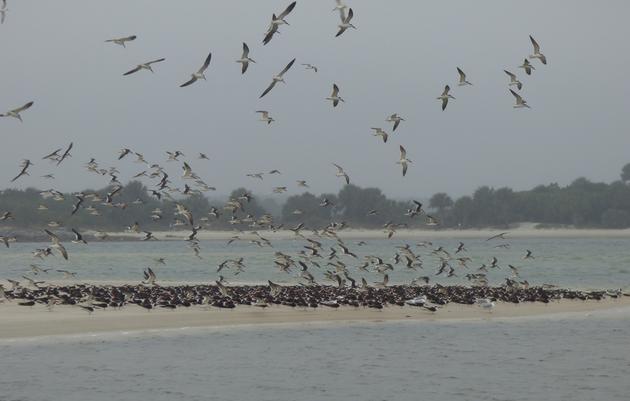 The February 7 - 16, 2014 time window for Florida's annual mid-winter shorebird survey is at the half-way point. 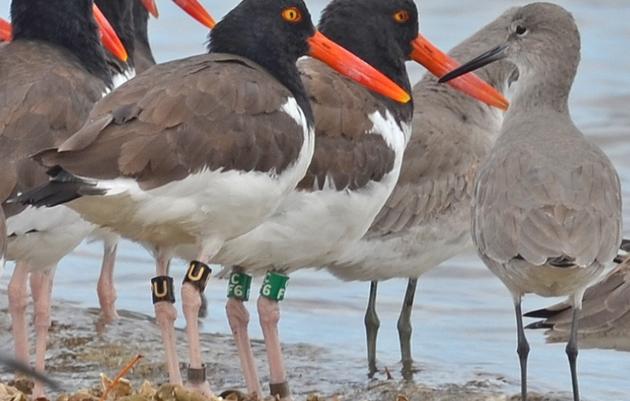