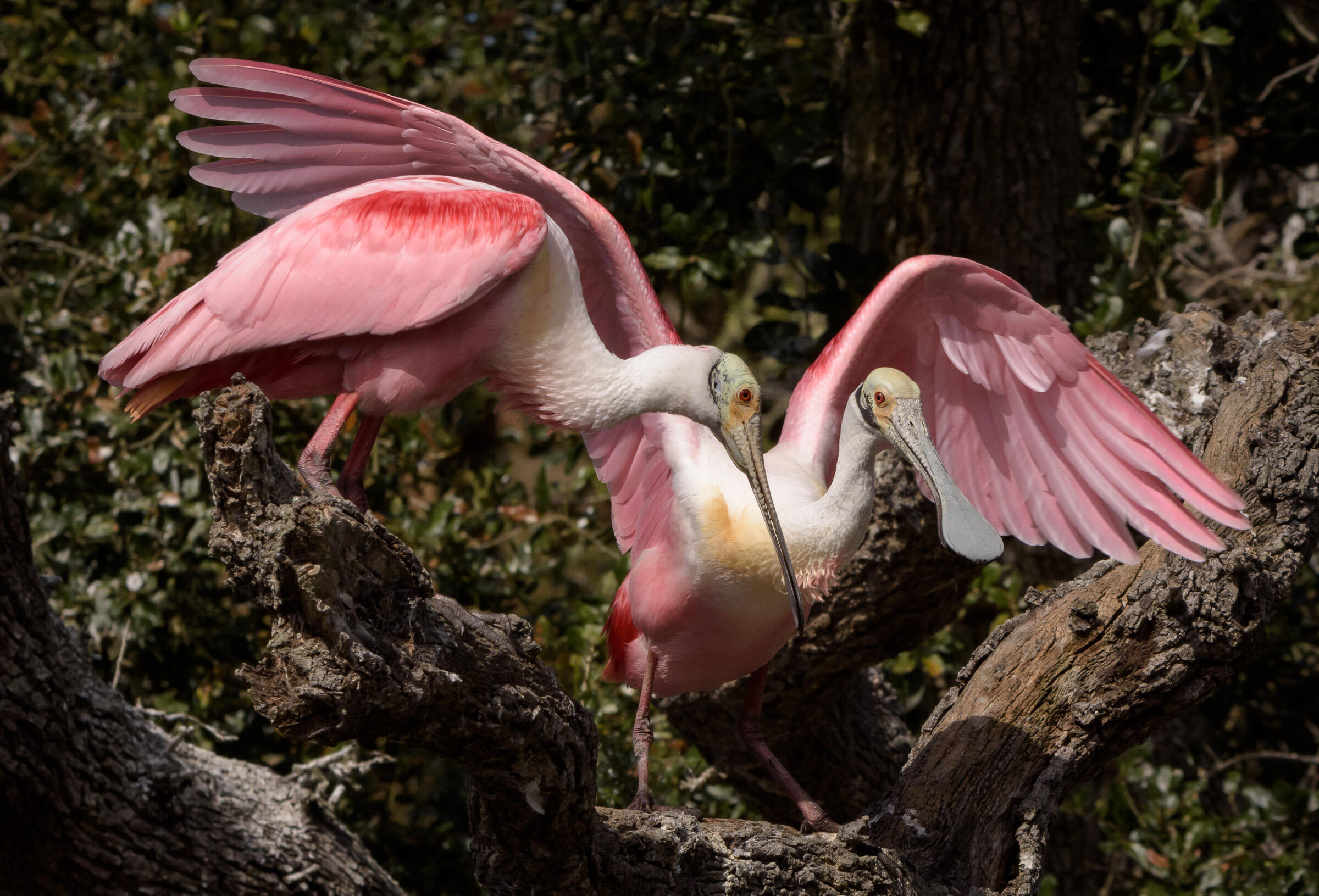 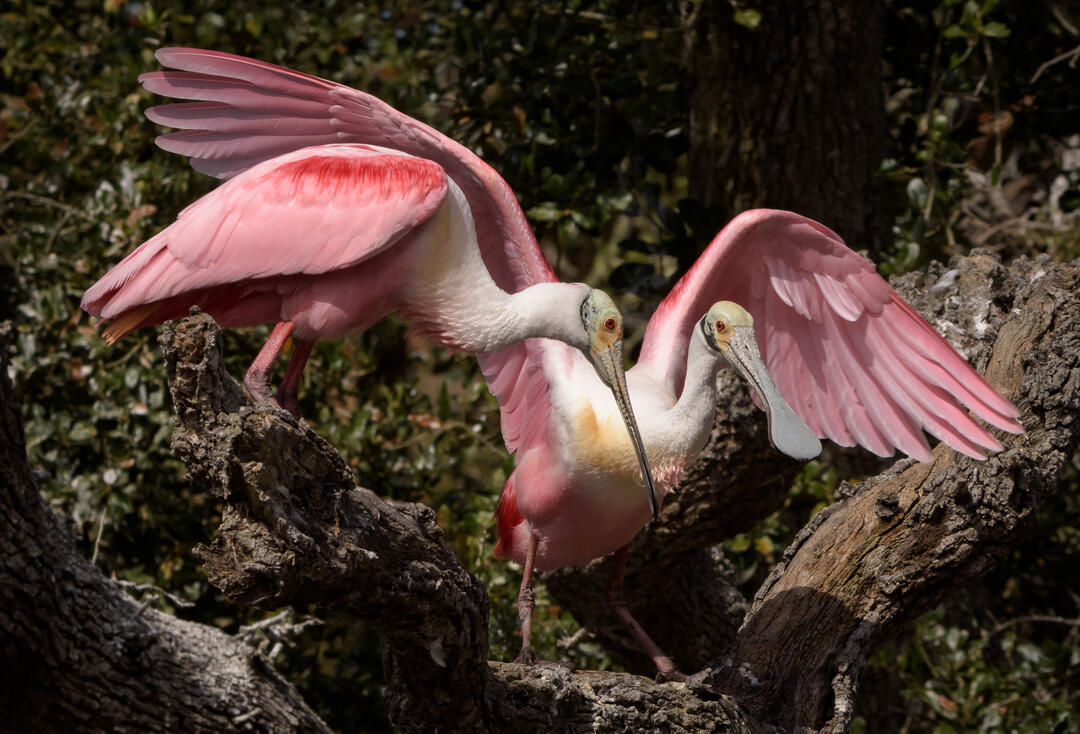 Each nesting season, Roseate Spoonbills depend on drydown conditions to concentrate prey in order to feed their voracious chicks. When water levels decrease, fish are trapped in small pools and shallow water, making them easy pickings for the bright pink wading birds.

Unfortunately, water levels in South Florida only decreased below the necessary threshold to concentrate these prey species items nine days in the 2019-2020 nesting season — bad news for the Roseate Spoonbill. Untimely rains and rising sea levels have caused an overall increase in water levels this year, making the dry-down conditions less common now and into the future. In fact, 2019-2020 looks to be one of the most extreme years for high water levels in Taylor Slough, where Everglades Science Center staff members record regular measurements.

According to Jerry Lorenz, Ph.D., Everglades Science Center Director, “When I started working on this project in the early 1990s, water levels remained below the stage where fish were concentrated for as long as four or five months, giving spoonbills plenty of time to raise their young and teach them to forage. Last year it was just nine days.”

Lorenz continues: “The good news is that spoonbills are finding new foraging grounds and being successful nesters elsewhere in the Everglades and throughout Florida. The bad news is that nest numbers continue to decline in Florida Bay, once the only nesting stronghold in the state.”