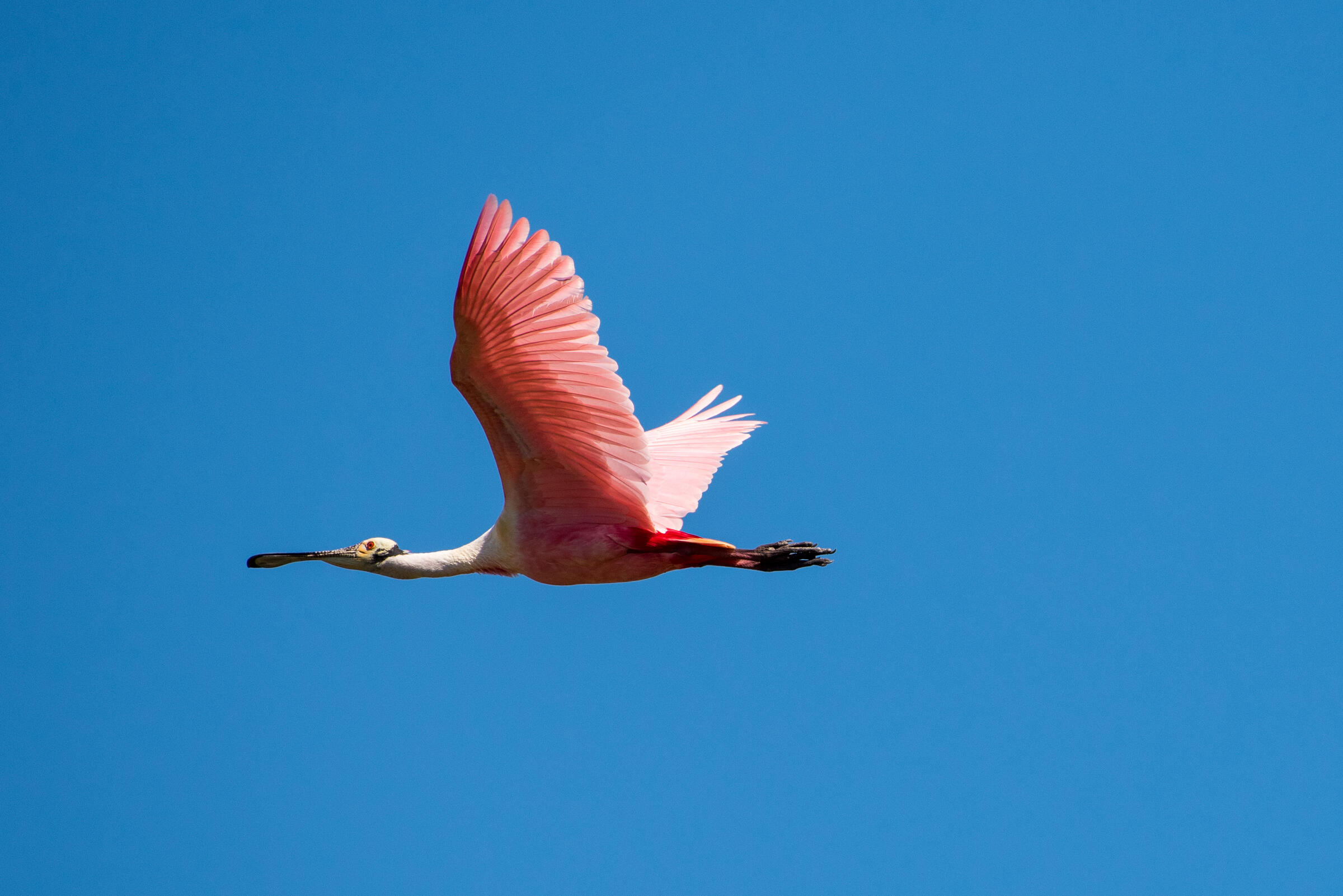 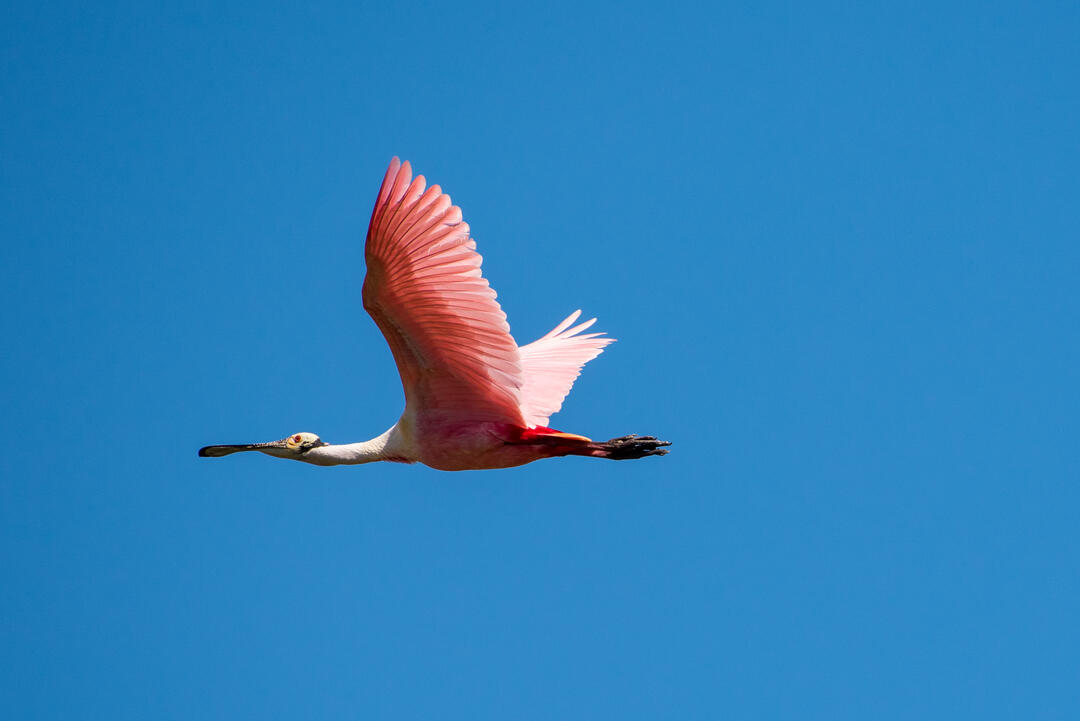 - This fall, the biggest Everglades restoration project to date came online, creating more than 6,000 acres of new wetlands across a 12,000-acre footprint. On November 19, 2021, the Army Corps of Engineers and the South Florida Water Management District celebrated the completion of the C-44 Reservoir and Stormwater Treatment Area (STA). A component of the Comprehensive Everglades Restoration Plan’s (CERP) Indian River Lagoon South project, the C-44 Reservoir and STA provides more than 60,000 acre-feet, or 19.7 billion gallons, of new water storage to the region. This additional storage capacity will allow for water treatment of basin runoff in the St. Lucie estuary to improve water quality and revitalize Indian River Lagoon habitat.

- Old Tamiami Trail is a historic highway built in the early 1900s across the Everglades to connect the growing cities of Tampa and Miami. Unfortunately, the road blocked the critical flow of roughly 220 billion gallons of water through the River of Grass each year. In the summer of 2021, the Tamiami Roadbed Removal project finished six months ahead of schedule. The roadbed removal project helps restore the ecologically important sheet flow of surface water south through the Everglades.

“Audubon is celebrating the righting of an ecological wrong,” says Julie Wraithmell, Executive Director of Audubon Florida. “The Tamiami Trail has long stood as an impediment to water flowing into Everglades National Park. With the completion of this project, connectivity and water flow are much improved, to support the imperiled habitats and species that need it most.”

- After decades of construction, the Kissimmee River Restoration Project has restored 40 miles of river and floodplain and returned almost 25,000 acres to wetlands.

To say 2021 turned out to be an eventful coastal breeding season would be an understatement. Two tropical systems impacted nesting along Florida’s Gulf Coast, first with Hurricane Elsa skirting Southwest Florida and washing out Black Skimmer colonies, then Tropical Storm Fred hitting the Gulf Coast and Eastern Panhandle beaches late in the breeding season. Luckily, Fred was just late enough that the storm had a minimal impact on the Eastern Florida Panhandle tern and Black Skimmer nest sites, though it did re-arrange sand for the wintering birds already on our shores.

In Northwest Florida, Destin has become a hot spot for Least Terns, with 200 chicks fledged this year.  Northeast Florida saw successful Least Tern nesting at Amelia Island State Park through consistent stewarding and some additional management of the site. Anchor stewards and volunteers also contributed to the successful nesting of Least Terns and Wilson’s Plovers at the Talbot Island State Parks and Ft. Matanzas. Sites in Southwest Florida produced over 400 Black Skimmer chicks, even after suffering through illness, red tide, and a hurricane. Audubon staff monitored 15 active rooftop colonies in the Panhandle as well as 31 active colonies in the greater Tampa Bay area. The team recorded Least Terns as the predominant nesting species on rooftops, though we also watched American Oystercatchers and Killdeer as well.

The original 2019 Multi-use Corridors of Regional Economic Significance (M-CORES) legislation mandated the construction of 330 miles of new turnpikes through some of Florida’s most sensitive environmental areas and important rural farmland areas, effectively prying them open for future development and sprawl.

An amended Senate Bill 100 by Senator Harrell (R-Stuart), Chair of the Transportation Committee, has repealed the M-CORES mandate. The bill focuses primarily on the extension of the Suncoast Parkway to U.S. 19 in Citrus County, then allowing a gradual improvement of U.S. 19 and related roads up to Interstate 10 by 2034.

However, the bill also directs a new study of a northern extension of the Florida Turnpike. The study will evaluate alternative routes for the extension in a northwestward direction from the current Turnpike terminus at I-75 in Wildwood, to either US-19 in Levy County, or to connect with the Suncoast Parkway future route and US-19 in Citrus County north of Crystal River.

Audubon anticipated that such a study may lead to an ill-advised future road project, and advocated for additional protections in the bill. As a result, SB 100 requires the agency to apply the recommendations of the M-CORES Task Forces to the new study.

We will continue to engage with FDOT and stakeholders to ensure that the PD&E accurately represents the costs, demonstrated need (or lack thereof), and required environmental considerations for this extension. This study informs the state’s decision of whether or not to pursue a turnpike extension at a future date.

The team at the Raptor Trauma clinic had a busy year, seeing 750 raptors, including 260 chicks. Twenty-nine Bald Eagles were released back into the wild, where we continue to monitor more than 500 Bald Eagle nests as part of our statewide EagleWatch program.

The Raptor Clinic also treated a rare patient: a Snail Kite. She was rescued from Lake Toho this fall when she had a collision with an airboat. She sustained some initial head trauma and paralysis which cleared quickly, but the lasting injuries include a fracture and luxation of her right wing at the elbow joint. Unfortunately, we were unable to heal her wing enough for release. The Snail Kite will become a permanent Center for Birds of Prey ambassador. She lives in the kite enclosure at the Center – which now houses all three species of kites found in Florida – and will help us explain to visitors why Everglades restoration is so important to Florida’s most iconic bird species.

Due to a combination of increased demand for water, land-use changes, flood control efforts, and a siege of invasive plants, most of Florida’s natural wetlands have been degraded over the past century. To bring wetlands back, Audubon’s Corkscrew Swamp Sanctuary has undertaken an ambitious, five-year goal of restoring 1,000 acres of marsh and prairie in the Western Everglades by 2023.

In 2021, the team completed vegetation shredding on 207 acres of willow and other woody vegetation. With this accomplishment, the marsh and prairie restoration project now stands at 867 acres currently under restoration, with a total of 45 acres completely restored. The project provides an opportunity to improve wetland function and restore wading bird foraging habitat.