As the Florida Grasshopper Sparrow breeding season gets underway, biologists are optimistic that the number of birds in the wild is soon to increase. Thanks to an ongoing captive breeding program, more birds are successfully reproducing in the wild.

The Florida Grasshopper Sparrow is endemic to Florida and spends its entire life in dry prairies, which used to cover a much larger swath of our state. Today, the birds are limited to a small sliver of suitable habitat remaining in four counties north of Lake Okeechobee: Polk, Osceola, Highlands, and Okeechobee.

It should be no surprise that the grasshopper sparrow’s population in Florida dwindled in the 1900s with the explosion of development and agriculture. Between 2000 and 2019, however, biologists began noticing an additional sharp decline, from more than 1,000 to perhaps less than 100 individuals. While the causes for the decline were being studied, the Florida Grasshopper Sparrow Working Group, a multi-agency, multidisciplinary group, concluded that captive breeding was needed to bolster wild populations.

The breeding program proved to be a learning process, but the sparrows remained flexible, and breeding facilities now produce baby sparrows reliably. Several captive facilities are in operation. To date, biologists have released around 500 captive-reared sparrows, with many joining the largest remaining population at the Florida Fish and Wildlife Conservation Commission’s Three Lakes Wildlife Management Area. Not only are they surviving translocation, but they have successfully bred with wild birds, and each other, and the population has roughly doubled over the past few years! About two-thirds of the birds at Three Lakes have at least one captive parent in their lineage.

“The Florida Grasshopper Sparrow is not out of the woods yet,” says Paul Gray, PhD, Okeechobee Science Coordinator for Audubon Florida. “Breeding and releases are still experimental and wild populations remain low, but with the cooperation and support of so many different entities, including Audubon, we are making great progress,” he added.

More good news came with the protection of the DeLuca Preserve and the Corrigan Ranch, both of which now are in conservation management and harbor sparrows.  These new properties give new hope and added protection to the population, as well as more opportunities for research.

As charter members of the Working Group, Audubon has funded technicians and other efforts, and staff is working effectively to bring these unique birds back. 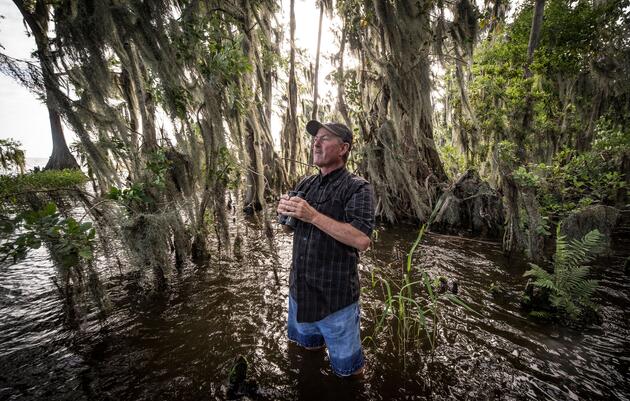 U.S. Fish and Wildlife Service to present award virtually in May. 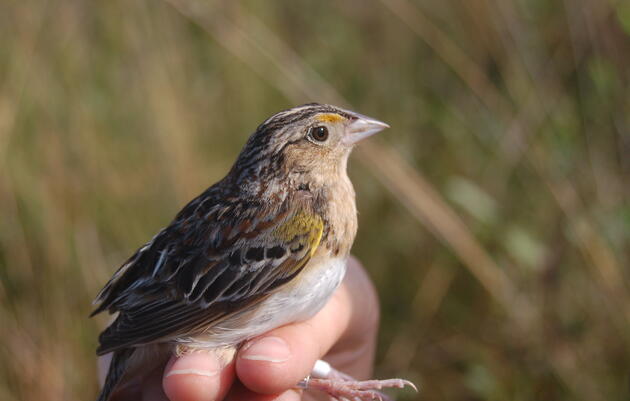 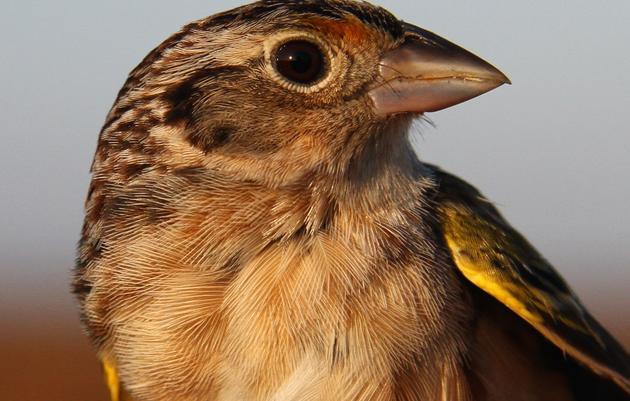