I can tell that breeding bird season has begun with all five senses. I can see the birds, in pairs or large groups, performing courtship behaviors and starting to build their nests. I can hear their calls, from the Least Tern’s ever-present squeaking to the alternating check-in calls between a pair of Wilson’s Plovers. I can smell the somewhat unpleasant smell of bird poo as the Black Skimmers begin to nest in larger and larger groups. I can taste the salty air from the spray of the boat, which is required to get to many nesting sites, as I zoom along the coast. This is what summer feels (ha, final sense!) like to a bird biologist in Southwest Florida.

As a bird biologist in Lee and Collier counties, I am lucky to work with a wide variety of shorebirds and seabirds. I monitor and protect breeding pairs of all of Audubon’s main focal species: American Oystercatchers, Least Terns, Black Skimmers, Snowy Plovers, and Wilson’s Plovers. The goal of breeding season is to get baby birds in the sky (also referred to as fledging), and the road to flying can be long and filled with threats like heat exposure, predators, storms, and human disturbances. Let’s dive into some specifics about the birds nesting throughout Lee and Collier counties!

American Oystercatchers, a state-threatened species here in Florida, are easily identified by their large size (compared to other shorebirds) and long, bright, red-orange bill. While American Oystercatchers are seen throughout the counties during the winter, breeding pairs are rare in Lee and Collier counties. Cayo Costa State Park had the only nesting pair of American Oystercatchers in Lee County this summer, with a single pair that fledged two chicks. The success of these chicks was a welcome treat for us bird lovers!

Our two seabird focal species are both colonial nesting birds, which means they nest in large groups with the same and different species of birds. Least Terns, a state-threatened species, arrive for nesting first and begin scraping their nests in the sand. Sadly, Hurricane Elsa affected Least Tern nesting this season, which hurt breeding success at Cayo Costa State Park in Lee County and near Caxambas Critical Wildlife Area (CWA) in Collier County. However, they did successfully nest and fledge chicks in both counties at Second Chance CWA, at Fort Myers Beach near Little Estero CWA, and on shoals near Dickman’s Island and Caxambas CWA.

It was a great breeding season for the plovers this summer in Lee and Collier counties! Snowy Plovers, another state-threatened species, nested in Lee County, fledging chicks at Bunche Beach Preserve, Cayo Costa State Park, and Little Estero CWA. The nesting at Bunche Beach, discovered during surveys by Sanibel-Captiva Conservation Foundation, is of particular interest as Snowy Plovers haven't nested there historically.

Wilson’s Plovers could be found throughout both counties this breeding season and chicks fledged throughout Southwest Florida! In Lee County, the Sanibel-Captiva Conservation Foundation found at least two pairs of Wilson's Plovers nesting on Sanibel Island and multiple pairs nesting at Bunche Beach Preserve. Florida Park Service biologists found Wilson's Plovers nesting at Cayo Costa  and Lover's Key state parks, while Audubon stewarded Wilson's Plovers nesting on Fort Myers Beach and Little Estero CWA. It has been several years since Lovers Key State Park had beach-nesting birds! In Collier County, we found multiple pairs nesting and raising chicks at Big Marco Pass CWA, Second Chance CWA, and along the many beaches of Cape Romano. There was a high number of fledged chicks along Cape Romano and seeing them go from fluffy cotton balls on legs to a handsome bird that can fly was a definite highlight of the breeding season for me!

All this effort is possible through partnerships. Audubon Florida, together with conservation partners at Rookery Bay National Estuarine Research Reserve, Sanibel-Captiva Conservation Foundation, Florida State Parks, and Florida Fish and Wildlife Conservation Commission, as well as many dedicated volunteers, work hard all summer long to ensure the success of beach-nesting birds of Southwest Florida. We would love to have you join us and there are plenty of ways to get involved: 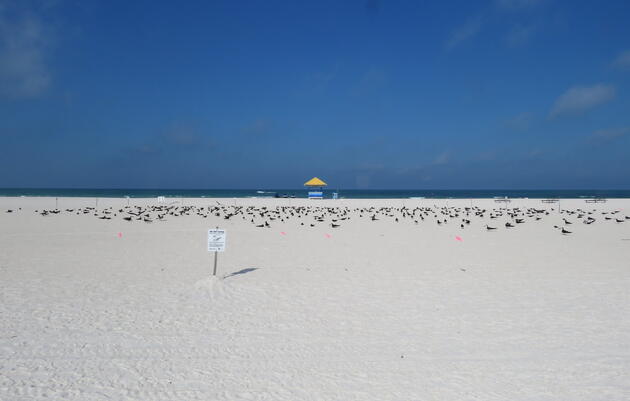 Just a few of the many beach habitats where Audubon protects and monitors nesting sea and shorebirds. 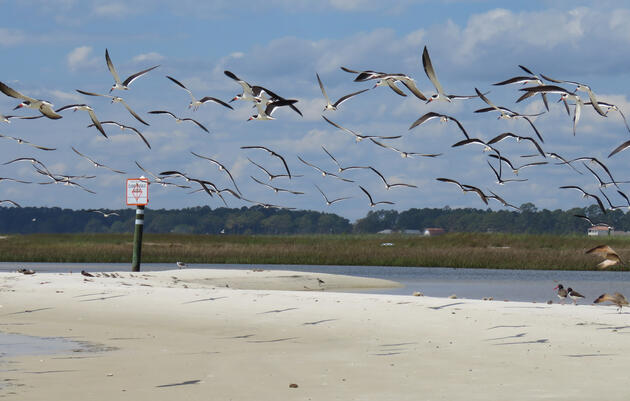 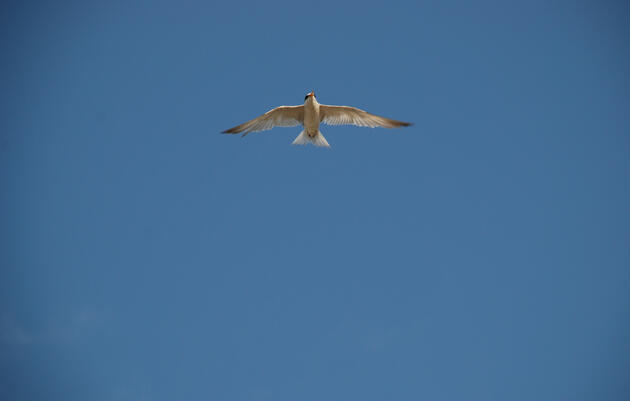 A Season in the Life of a Bird Biologist: Kylie Wilson Discusses Sea and Shorebird Breeding on Lido Key

Kylie Wilson, Shorebird Coordinator for Audubon Florida, has had a busy summer breeding season monitoring sea and shorebirds. From hurricanes to fireworks, banded chicks to moving colonies, we sat down with Kylie to learn more about her experience as a bird biologist.