When the U.S. Department of the Interior comes to Orlando this Thursday as part of the “America’s Great Outdoors” tour, environmental groups will present a request that the U.S. Fish and Wildlife Service significantly expand the boundaries of the 26,000-acre Florida Panther National Wildlife Refuge. Expansion of the refuge will expedite the protection and recovery of the endangered Florida panther and the many imperiled species that share its Southwest Florida habitat.

Since originally sending a letter to Secretary Salazar in early August, Collier and Florida Audubon Societies, Florida Wildlife Federation and Defenders of Wildlife have worked with several large landowners near the Panther Refuge to confirm the acreage of private lands that might be made available for public acquisition.  Over ten years of collaboration between the landowners and these conservation groups have resulted in landmark programs to secure permanent protection of wetlands and habitat on a huge landscape scale in Southwest Florida.  These programs include the 180,000 acre Rural Land Stewardship Program in Collier County, and the Florida Panther Protection Program, which have thus far protected more than 50,000 acres of habitat through landowner incentives.

“This is a wonderful opportunity for public acquisition of valuable habitat on a landscape level from willing sellers,” said Laurie Macdonald, Florida Program Director for Defenders of Wildlife. “It complements the ongoing but more measured pace of the collaborative Florida Panther Protection Program we’re implementing with these same landowners.”

Many of these landowners, including Sunniland Family Limited Partnership, Collier Enterprises, Alico, and McDaniel Ranch in Hendry County, have now indicated they are willing to sell certain crucial lands in and around the Big Cypress Area of Critical State Concern and in the Panther Glades Florida Forever project in southeastern Hendry County.  The extent approaches 40-50,000 acres and represents a tremendous opportunity for Refuge expansion, which has not been available previously from willing sellers. The Panther Glades project forms a connection between Devils' Garden, Half Circle L Ranch, and Save Our Everglades Florida Forever projects within the Okaloacoochee Slough State Forest, and the Big Cypress National Preserve.

“The federal government is hard-pressed to name a more vital area to expedite acquisition of endangered species habitat.   The private lands north of the Florida Panther National Wildlife Refuge and Big Cypress National Preserve are essential components of this rare animal’s core range.  With barely a hundred known to live in the wild, protection of the Florida panther’s occupied habitat is top priority for the Federation and our conservation allies,” noted Nancy Payton, Southwest Florida Field Representative for Florida Wildlife Federation.

U.S. Fish and Wildlife Service scientists have developed very recent panther habitat modeling which identifies the most crucial portions of the species’ current occupied range in Southwest Florida which require preservation or restoration.  This effort has prioritized eastern Collier County and southern Hendry County for the most urgent habitat protection work.  With this scientific foundation, Defenders, the Federation, Collier Audubon and Florida Audubon have proposed expanding the Panther Refuge through public land acquisition from willing sellers, all within the high-priority protection area identified by this current research.

“After the devastation of the Gulf Oil Spill, the people of Florida and the nation would celebrate such a bold public action to protect one of the most iconic and ecologically pivotal species in the Southeast,” remarked Eric Draper, President of Florida Audubon Society.

Possible funding sources the groups have identified are the federal Land and Water Conservation Fund, as well as monies available under the Endangered Species Act for landowners implementing a Habitat Conservation Plan, which is underway now for the 180,000 acres of eastern Collier County.  The Land and Water Conservation Fund has approximately $900 million authorized annually (although appropriated variably) from oil drilling royalties, a source which adds some significance to its potential use in expanding the Florida Panther National Wildlife Refuge in Southwest Florida.

Read more about this important effort to expand Florida panther habitat in the Naples Daily News and the Florida News-Press. 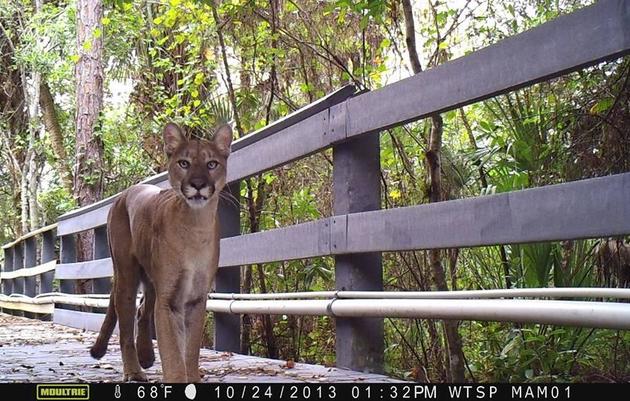 VIDEO: Close Encounter with a Florida Panther on the Corkscrew Boardwalk

Amazing video taken by a visitor to Audubon's Corkscrew Swamp Sanctuary in the Western Everglades. 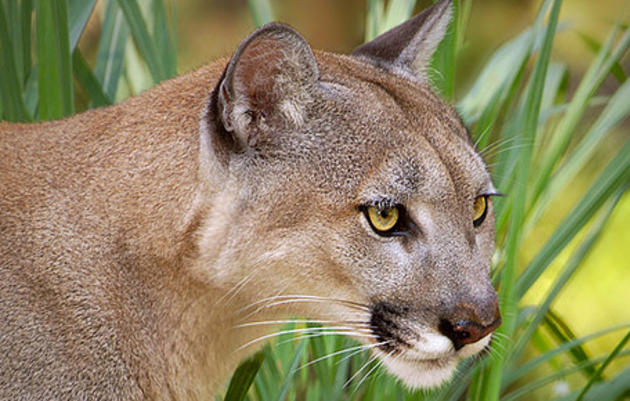 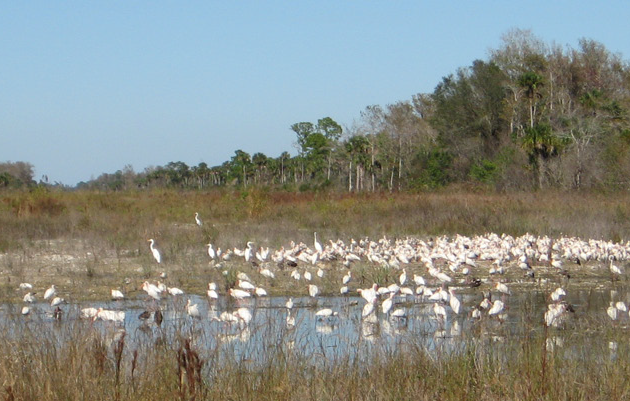 Picayune Strand Restoration Is a Keystone For the Everglades

Restoring Picayune Strand is one of those rare opportunities to put back what humans destroyed.